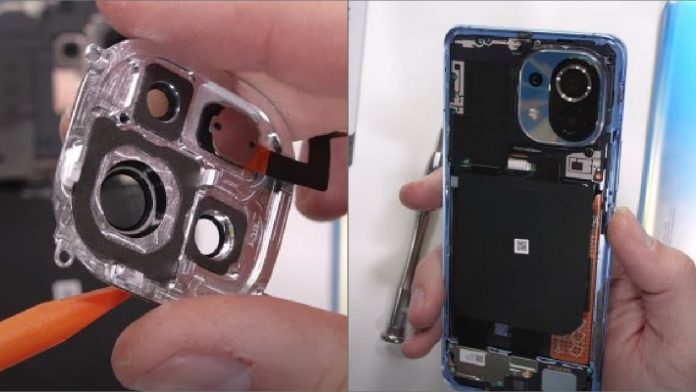 Xiaomi’s newest flagship, Mi 11, was taken apart by a YouTuber named JerryRigEverything. Some parts of the smartphone, which upset the sales figures, attracted considerable attention.

The Xiaomi Mi 11, which has 50W fast charging support, was the first to encounter a large copper charging pad when opened. On the other hand, there are plenty of green colored screws in the upper half of the phone.

Take a closer look at the record-breaking Mi 11

With its innovative structure and advanced camera features, the Chinese phone manufacturer continues to add a new phone every day. Mi 11, which the company recently launched on the market, was met with great enthusiasm by users.

Mi 11, which achieved sales figures above expectations, made faces laugh on the Xiaomi side. For this reason, a YouTuber took a closer look at the phone that broke the sales records by disassembling the Mi 11, which is very popular on both the user side and the company side.

The device, which is made of metal inside the camera island, is seen to consist of two separate parts wrapped together on the side of a 4,600 mAH battery. In this way, it is stated that the phone’s two-cell structure and traditional one-piece battery packs allow faster charging.

In addition, the Xiaomi Mi 11, whose speaker is located near the bottom of the device, contains thousands of tiny sound-damping foam balls. In addition, looking at the top half of the phone, there is plenty of copper behind the motherboard.

Finally, another interesting aspect of the phone is the proximity sensor placed under the screen next to the headphone speaker.

Electronic Arts Suspended All E-Sports Events Due To Corona Virus