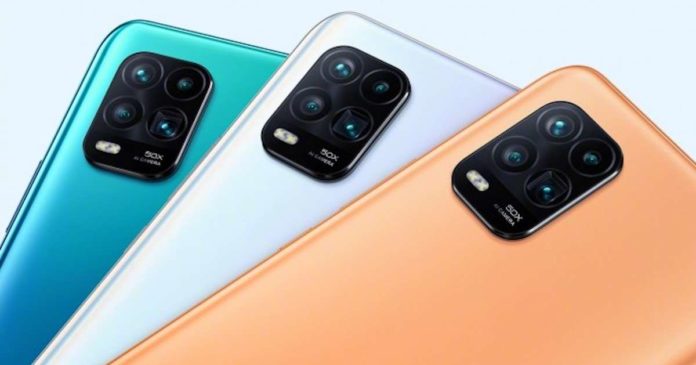 Xiaomi, one of the most important names in the smartphone industry, introduced its new flagship Mi 10 Pro with its 108 MP camera in February. The Chinese company, which has received great acclaim with its flagship device, is now working on the Mi 10 Youth Edition, a more affordable member of the Mi 10 family.

The smartphone, whose screen features are shared by Xiaomi today, will be introduced on April 27 with an event in China, along with MIUI 12. With few days to advertise, Xiaomi’s latest trump card appeared this time in TENAA, China’s certification institution. Some of the device’s hardware features and design can be seen in the TENAA listing.

What does Xiaomi Mi 10 Youth Edition offer?
The emerging images of the Mi 10 Youth Edition listed in TENAA with the model number ‘M2002J9E’ show that the device will come with a design similar to what we have seen in previous render images. At this point, the smartphone, where the rectangular camera module is placed in the upper left corner, has a fingerprint sensor embedded in the screen on the 6.57-inch AMOLED front panel.

If we look at the camera features in more detail, Mi 10 Youth Edition includes a 48 MP main sensor that allows 4K video recording. The resolution values ​​of other cameras are not clearly known, but the phone is known to support 50x ultra zoom, 5x optical zoom and 10x hybrid zoom.

As for the hardware part, the list says the device has a processor running at 2.4 GHz clock speed. In addition to the processor, the device is also expected to have 64/128 GB of storage and 6 GB of RAM. At this point, it is claimed that the device will also have a high-level variant, and this variant will be released with 8 GB RAM + 256 GB storage.

The Mi 10 Youth Edition, which appeared in the Geekbench test with the same model number, was able to score 611 from single-core tests and 1,917 from multi-core tests. The Geekbench list also told us that the device works with the Android 10 operating system.