Home Tech Xiaomi Mi 10 goes on sale for the second time: this campaign...

The new flagship phones of the Chinese technology giant Xiaomi, Mi 10 and Mi 10 Pro, were first launched on February 14 and were exhausted in just a minute. The company, which today sells the second batch, was able to sell all of the phones in just 55 seconds this time.

The new flagship series Mi 10, introduced by Xiaomi recently, has brought a new dimension to its impressive sales performance. The phones, which went on sale in China on February 14 and sold out in just one minute, were offered for sale for the second time this morning. Explaining that the second batch was exhausted five seconds earlier than the first, that is only 55 seconds, Xiaomi generated more than 200 million yuan (about $ 28.6 million).

However, Chinese users who want to own the Mi 10 series will have to wait a while for third-party sales. Xiaomi Industrial Investment Department Partner Pan Jiutang said the company may experience significant supply problems in China for several weeks.

Xiaomi Mi 10 series captivates with its sales performance
Due to the new corona virus outbreak in Wuhan, China, the production facilities and supply chains of many smart phone brands, including Xiaomi, were closed. According to the information shared by the Chinese authorities, the number of people who lost their lives in the mainland of China due to the corona virus resisted 2 thousand stairs. The number of people infected with the infection is stated to be 72,436.

Lei Jun, founder and CEO of Xiaomi, said that the production process of the Mi 10 series is planned very carefully and the current capacity will be sufficient for now; however, the new statement shows that the Chinese tech giant may have trouble meeting the high demand for the new flagship. 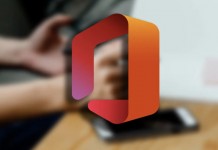 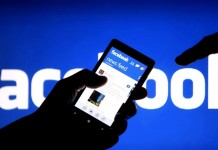