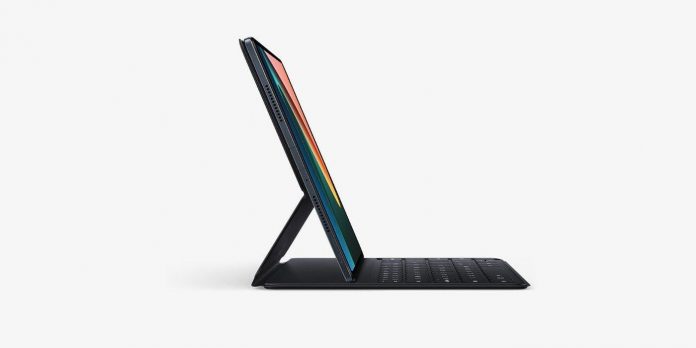 After launching its second tablet, the Mi Pad 2, in November 2015, a few weeks later Xiaomi released another version of the Windows 10 tablet. The Android version ran Android 5.0 Lollipop out of the box and, like the Windows version, ran on an Intel Atom X5-Z8500 processor. Since then, Xiaomi has only released Android tablets, although that may change soon.

The document filed in Europe reveals details about the upcoming Xiaomi Book S 12.4 tablet. According to the EU Declaration of Conformity (DoC) document that appeared on the Internet, it can be concluded that the device will have a 12.4-inch display. The document also states that it has the model number “MIT2205-AA” and contains an image that appears to have been obtained from the certification agency, as it looks like photos taken by the FCC. The above image shows the front of the tablet, and on closer inspection you can see a set of pogo pins at the bottom. It is assumed that these contacts are designed for a removable keyboard that allows you to use it as a laptop.

Xiaomi creates a rival to the Surface Pro X

Although the document says little about the upcoming tablet, the Italian edition of Xiaomi Today provides more detailed information. It is reported that Xiaomi Book S will be a tablet with Windows 11, and its display will be an OLED panel. Xiaomi will supply a device with an ARM chip, in particular with the Snapdragon 8cx Gen 2 computer platform, combined with 8 GB of RAM. Qualcomm’s 7nm chip was announced in September 2020 for 2-in-1 laptops and has appeared in several devices, including the Acer Spin 7 and HP Elite Folio. It has four Cortex-A76 cores clocked at 3.15 GHz and four Cortex-A55 cores clocked at 1.80 GHz, as well as an Adreno 690 GPU. It also boasts support for Wi-Fi 6 and ultra-fast 5G speeds.

Qualcomm has already announced a successor called Snapdragon 8cx Gen 3 back in December 2021, a more powerful solution using a combination of Cortex-X1 and Cortex-A78 cores. For reasons best known to Xiaomi, this chip is not preferred for a future Windows tablet. However, when it launches, its closest competitor will be Microsoft’s Surface Pro X, powered by SQ2, a variant of the Snapdragon 8cx Gen 2. There are still a few missing details about the Xiaomi Book S, but from the information currently available, it should go on sale in Europe when it is launched.

Twitter Will Let You Out Of Threads With Its New Feature

Fear The Walking Dead 6×12: Grace’s Reality in The Series