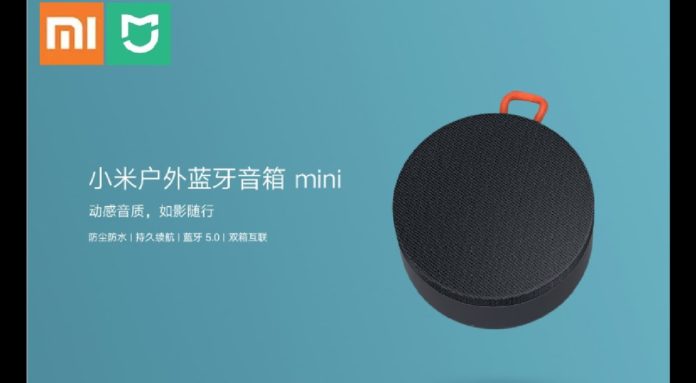 China-based Xiaomi, the world’s 4th largest smartphone manufacturer, is known for producing many technological devices, although we often hear its name in the smartphone industry. The company also produced devices such as Powerbank, smart watch and smart bracelet, as well as the name of the Bluetooth speaker industry. In recent months, ‘Xiaomi Mi Outdoor Bluetooth Speaker’ has released the company’s speaker, released another model.

Xiaomi guarantees 10 hours of uninterrupted music enjoyment:
The Xiaomi Mi Outdoor Bluetooth Speaker Mini includes a 2000 mAh battery. With this battery, the company guarantees that you can listen to music at a volume of 60 percent for 10 hours. To charge the device, there is a USB Type-C port on the underside. The new mini speaker with Bluetooth 5.0 technology is also certified to withstand dust and water resistance to IP55, which makes it extremely durable.

The Mi Outdoor Bluetooth Speaker Mini comes with a microphone with high sensitivity and echo cancellation technology. Therefore, the speaker is also a device where you can make phone calls. The Bluetooth speaker supports true wireless stereo interconnect function. This means that by connecting the two speakers together, the device can produce a stereo effect and deliver a higher quality sound. The device was launched in China with a price tag of $ 14 and is expected to come to Xiaomi stores in other countries soon.