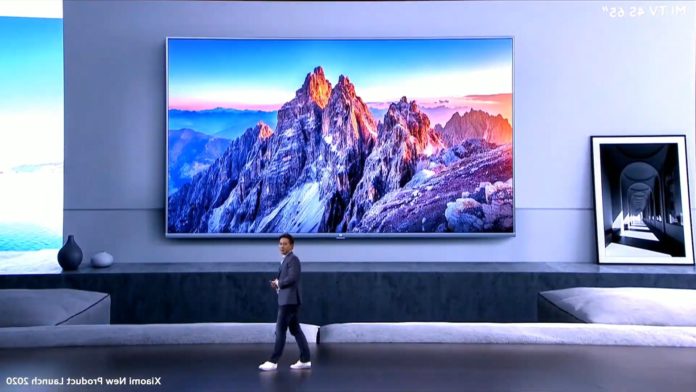 Xiaomi, one of the most formidable technology companies of recent times, introduced its new products by organizing a large-scale launch today. In this launch, where the Mi 10 Lite 5G was also introduced, the Chinese company introduced a smart television that attracted attention with its competitive price.

Promising an impressive appearance with the support of 4K HDR 10+, the Mi TV 4S 65 “has a metal-bodied design. The size of the smart television, which includes the wall mounting option, is 65 inches (165 cm). At this point, although the television is quite large, the company’s preferred design is very It can be said that it adds a more pleasant look.

Xiaomi Mi TV 4S 65 “price and features:
Full 4K support and HDR 10+ image quality offer very sharp and clear visuals, while the dual speaker system on the device acts as a stereo. However, although the Dolby Atmos standard is not mentioned on the device, it is known that the device supports Dolby Audio.

As with today’s smart televisions, Xiaomi’s latest smart television works with the Android operating system. The device, which offers Google Play support for all applications that may be required at this point, also includes a remote control with voice recognition technology so that users do not have to worry about typing with the remote. 3 HDMI ports and 3 USB ports that allow connecting various devices and accessories with Ethernet, Wi-Fi and Bluetooth are also included in the device.

Xiaomi says the smart television introduced today will be available from next June. It is not known whether the smart television, which will take its place on the shelves with a price tag of 549 euro, will be offered for sale in our country or what price policy will be followed in different regions.

Zayn Malik returns to music with his new song Better

Valverde: “It is impossible not to depend on Messi”