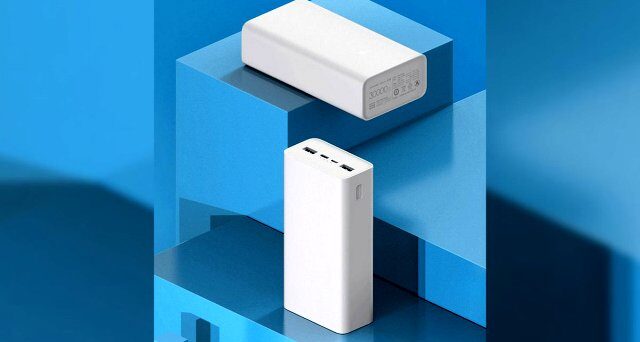 Xiaomi introduced the Mi Power Bank 3, which was launched last year with 50 W fast charging support, with a 30,000 mAh capacity and 18 W charging support. The new model goes on sale in China on June 18.

China-based technology giant Xiaomi has gathered quite good reactions with the powerbank it released last year. Launched under the name Mi Power Bank 3, the company was very popular with its 50 W fast charging support. The company will release the 18 W version of the beloved powerbank this time.

Xiaomi; today, it introduced the 18 W fast charging supported version of Mi Power Bank 3 that it released last year. Although the company’s new powerbank is similar to the 50W version last year in many ways, there are some differences. Let’s take a closer look at Xiaomi’s new powerbank.

Having the support of 18 W fast charging, Xiaomi Mi Power Bank 3 has the biggest difference in its capacity compared to the 50 W version released last year. The powerbank introduced today has more capacity than the model released last year. Xiaomi’s new powerbank comes with a 30,000 mAh capacity. The model last year had a capacity of 20,000 mAh.

Of course, when the capacity of the powerbank increases, there is a big change in its appearance. Powerbank introduced by Xiaomi will have a bigger structure compared to last year’s model, but the decision to carry a large powerbank will of course depend on the user.

Xiaomi Mi Power Bank 3, which has a capacity of 30.000 mAh, can charge a phone like Redmi K30 Pro 4.5 times, according to Xiaomi. However, the new iPhone SE 2020, introduced in the past weeks, can be charged 10.5 times with this powerbank.

The company’s new powerbank is compatible with most digital equipment available on the market today and can charge 3 devices at the same time. Powerbank has two USB-A ports and one USB-C port. In addition, there is a USB-C socket with 24 W charging support to charge the powerbank. The new powerbank will go on sale in China on June 18 with a price tag of 169 yuan.