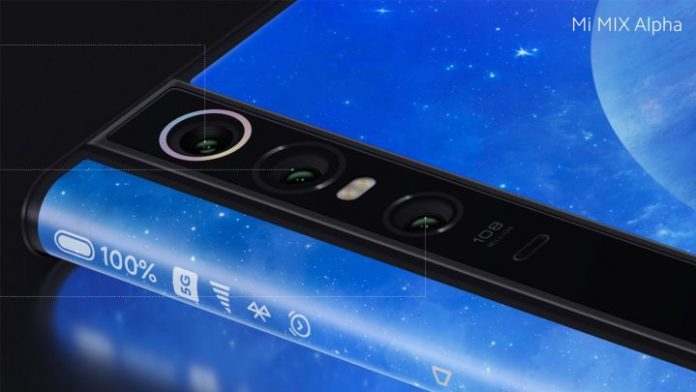 Xiaomi, one of the most popular Chinese manufacturers, took a risk in 2016 with a design madness by the French artist Phillippe Starck on his Xiaomi Mi Mix: a mobile in which the screen occupied almost the entire front, without borders on the top , without a physical front button and with a tiny one on the bottom to house the front camera only.

She was followed by Samsung with its Galaxy S8 and Note 8 that cleared their screens and removed the physical button as well, but without daring to do so much. Both terminals mounted top and bottom frames, albeit extremely small.

After the success obtained, Xiaomi did not take long to launch a successor the following year, creating with the Xiaomi Mi Mix 2 the first smartphone without borders, with a front that is all screen in a ratio of 95%. The Mi Mix series had a third device that arrived in Spain at the beginning of 2019.

My Mix Alpha, literally ALL screen

And to curl the loop, Xiaomi presented us with the Xiaomi Mi Mix Alpha, a terminal that last year raised the ‘all screen’ concept to its absolute and insurmountable maximum level. Why? Because what is seen in that terminal cannot be overcome, since it is a smartphone with a 360-degree screen, that is, that turns the terminal around. The screen not only extends uninterruptedly on the sides, but also on the rear until both ends meet in the vertical line of the rear camera.

Absolutely spectacular but reserved for a few, the Mi Mix Alpha came out from December 2019 in really limited units, since the company in the end did not launch it in a massive way, realizing the tremendous complication in the manufacturing process that that. such radical design carried. And here the Mi Mix series stayed for more than a year … Until today.

The Nevers: all about the HBO series premiere