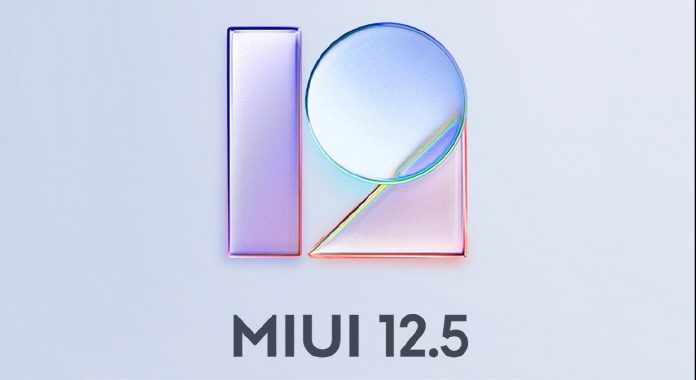 MIUI 12.5: Xiaomi, which has delivered the update to its devices at full speed, has released this update for two more MIUI 12.5. Here are the details.

Xiaomi, one of the most active manufacturers of the update, continues to bring the MIUI 12.5 interface, which was announced in December of last year, to its users. The manufacturer, which offered the update to the first-stage models in China, has now moved on to the second stage and started to deliver the update to the models here.

Bringing the new interface to its flagship phones, the company has recently released the update to its affordable phones. While Mi 9 and Mi 9T Pro duo got a new interface in the past weeks, this time Mi Note 10 Lite and Redmi K30 Ultra duo got the update.

The Xiaomi Mi Note 10 Lite was sold in Global markets, while the Redmi K30 Ultra was launched exclusively for the Chinese market.

Of these, the Redmi K30 Ultra debuted with the Mi 10 Ultra to commemorate the company’s 10th anniversary. When the device was first released, it was running the Android 10-based MIUI 12 interface. Now, after a year, this phone has also received the Android 11-based MIUI 12.5 update.

On the other hand, the Xiaomi Mi Note 10 Lite was launched earlier than the Redmi K30 Ultra. This phone, which is also available in our country, was running the Android 10-based MIUI 11 interface when it first came out of the box. Fortunately, the company has not forgotten this device, and its new interface has reached the Mi Note 10 Lite models before most models.

The update comes with build number V12.5.3.0.RJNCNXM for Redmi K30 Ultra, while for Mi Note 10 Lite it comes with build number V12.5.1.0.RFNMIXM. This update, which is currently released as a “stable beta”, will begin to reach all users in a few days. Especially K30 Ultra users receive the update in China, while Mi Note 10 Lite users; It will have the opportunity to experience the new interface in European countries.