Home Tech Xiaomi Cyberdog, Xiaomi’s Robotic Dog: What Price Does It Have And Features 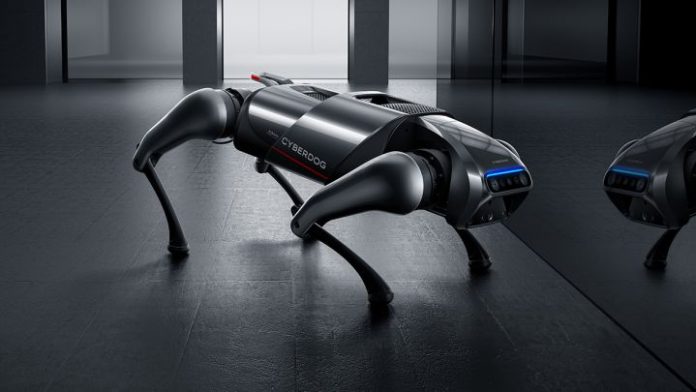 Xiaomi Cyberdog: For a few years we have become used to seeing SPOT, one of the ‘creatures’ of the robotic company Boston Dynamics that is designed and animated as if it were a dog, and surprises with the fluidity of its movements and its ‘smart’ capabilities as the analysis of environments. It has built-in algorithms to detect an object or person within 1 meter of its proximity to avoid collision.

We saw Spot last year in areas like Singapore, deployed in parks to make sure citizens were following safety distance and other anti-Coronavirus regulations. And in this 2021 it has even been on maneuvers with the French army, since for about 75,000 euros Boston Dynamics sells you a copy. And do you know what? Xiaomi too.

We are used to Xiaomi going outside the norm with each new product that it brings out in its IoT ecosystem, since its catalog includes mobiles, tablets, appliances, scooters, bicycles, furniture, vehicles … And now robot dogs.

Xiaomi yesterday announced its new “bio-inspired quadruped robot”: CyberDog, Xiaomi’s first foray into quadruped robotics for the open source community and developers around the world. In fact, the idea of ​​releasing it ‘open source’ – giving everyone access to its base code – is so that “robotics enthusiasts interested in CyberDog can compete or co-create with other like-minded Xiaomi Fans, promoting together the development and potential of quadruped robots ”.

CyberDog is calibrated with Xiaomi’s own developed servo motors, which translates into great speed, agility and a wide range of movements. With maximum torque output and rotational speed of up to 32N-m / 220Rpm, CyberDog is capable of a series of high-speed movements of up to 3.2m / s and complicated actions such as backward jumps.

The CyberDog brain is powered by the NVIDIA Jetson Xavier NX platform, an AI supercomputer for embedded and edge systems that includes 384 CUDA cores, 48 ​​tensor cores, a 6-Carmel ARM CPU, and 2 deep learning acceleration engines. For its owners, CyberDog seamlessly processes the massive data captured by its sensor system.