Home Tech Xiaomi Announces: We Will Introduce the First Phone with Snapdragon 865 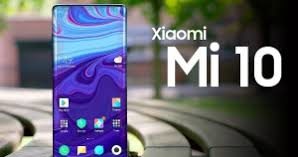 Chinese smartphone maker Xiaomi loves to be the brand of firsts. Xiaomi President Lin Bin said Xiaomi will be the first company to launch a smartphone using the Qualcomm Snapdragon 865 processor.

Qualcomm had introduced the new generation flagship processor Snapdragon 865 in recent months, and was wondering which brand the first smartphone to power from the new processor will come from. Xiaomi’s co-founder and President Lin Bin confirmed in a reply to a follower in Weibo that Xiaomi will be the first company to launch a Snapdragon 865-powered smartphone.

Recent information indicates that Xiaomi plans to announce its new flagship smartphone via online conference on February 11. It is also said that the company will begin to promote the phone from February 7.

On the other hand, it is stated that Xiaomi has taken precautions in her office due to Corona virus and masks have been made mandatory for everyone. That’s why the first phone with Snapdragon 865 is likely to be promoted online.