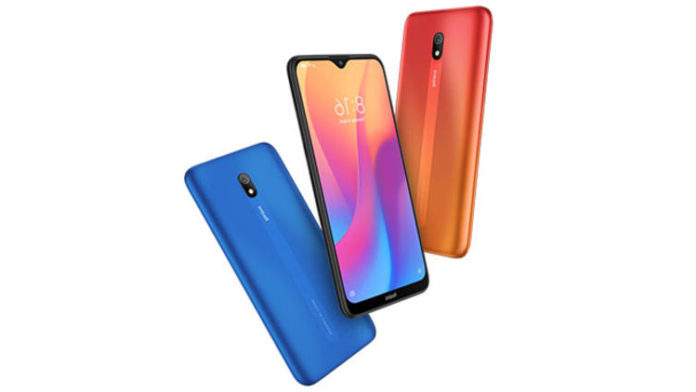 Xiaomi’s subsidiary Redmi introduced its new entry-level phone “8A Dual”. The phone, which attracts attention with its extremely affordable price, comes with a 5,000mAh battery. The phone will be available in India as of February 18.

Continuing its commercial life as the sub-brand of Xiaomi, Redmi has been the subject of interest of consumers recently. Because Xiaomi Global Vice President Manu Kumar Jain recently announced that a surprise phone will be announced with a statement made on Twitter, and said that the promotion will take place on February 11. The expected day has come and Redmi’s new phone has been announced.

Jain’s remarks were extremely remarkable. Technology enthusiasts were not expecting Redmi’s new smartphone, and Jain claimed that this phone would be the most powerful phone in India. Jain’s comments suggested that the phone to be announced today would be the Redmi A9. However, these expectations were wasted and Xiaomi announced a phone called “Redmi 8A Dual”. Unfortunately, this phone is not as powerful as it is claimed.

Introducing Redmi 8A Dual
Redmi 8A Dual has a 6.22 inch LCD screen. This screen offers HD + resolution and has Gorilla Glass 5 protection. The notch on the screen of the Redmi 8A Dual, which has a large frame at the bottom, houses an 8 MP resolution front camera. This camera also has portrait mode. Also, this phone has a jagged structure and Redmi calls it “Aura XGrip”.

The phone is powered by the Snapdragon 439 processor and supports this power with 2 or 3 GB of RAM. The microSD support of Redmi 8A Dual, which has 32 GB of storage, increases the memory of the phone up to 512 GB. The phone, which comes with a 5,000 mAh battery with 18 watt fast charging support, comes with a coating called “P2i”, which protects the phone against liquid contact to some extent.

The dual camera on the back of the Redmi 8A Dual offers 13 MP and 2 MP resolution. The camera with a resolution of 2 MP works as a depth sensor. There is also a small LED flash just above the dual camera setup. In addition to these, Redmi 8A Dual has a face recognition system supported by artificial intelligence.

Redmi 8A Dual specifications
Screen: 6.22 inch, HD + LCD
Processor: Snapdragon 439
RAM: 2 or 3 GB
Storage: 32 GB (microSD support up to 512 GB)
Rear Camera: 13 MP + 2 MP
Front Camera: 8 MP
Battery: 5,000 mAh with 18 watt fast charging support
Official 8A Dual price
Announced with all these features, Redmi 8A Dual is a very affordable phone in terms of price. According to the statements made by the authorities;

What Would A Skyrim Remake Look Like In Unreal Engine 5?...

Kanye West denies that his divorce is a TV show!