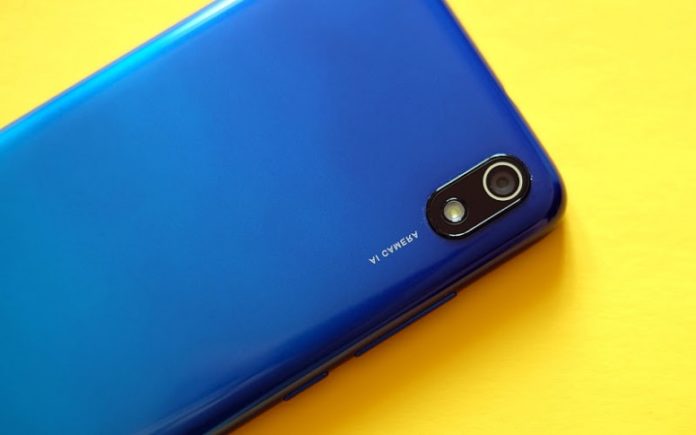 Surrounded by four sides of the screen, Xiaomi Mi Mix Alpha was able to attract everyone’s attention with its design. At a meeting in Beijing, Xiaomi announced that the company is technically ready to produce smartphones.

Chinese technology giant Xiaomi held a business conference in Beijing today. The company announced that Mi Mix Alpha is ready for mass production. The event was also attended by a research and development team behind the smartphone’s display technology.

Cui Baoqiu, chairman of Xiaomi’s technical committee, and Han Haicai, who led the R & D team that developed the display of Mi Mix Alpha, raised the issue of smartphone production. According to senior officials, the smartphone has not yet started mass production because they did not have plans to do so. However, Xiaomi is now able to begin mass production of the phone, they said.

Xiaomi Mi Mix Alpha can be sold all over the world with mass production
During the event, Mi Mix Alpha was also developed after Lei Jun, co-founder and CEO of the company, decided to make a unique and innovative smartphone. In addition, the device is currently on the market and designed to break the cycle of repetitive smartphone said. According to Cui Baoqiu, Mi Mix Alpha now represents Xiaomi’s innovative line and technological development.

Xiaomi introduced Mi Mix Alpha for the first time in September, and the smartphone attracted attention with its unusual design. One of the outstanding features of the phone is its unique display technology, which covers almost the entire body.

Until now, it was known that Mi Mix Alpha would not be mass produced like Xiaomi’s other flagship phones and would be a concept phone that would only be available in a limited number of markets. Although Xiaomi announces that it can technically start mass production, the company is expected to offer the product to the local market before it is available worldwide.