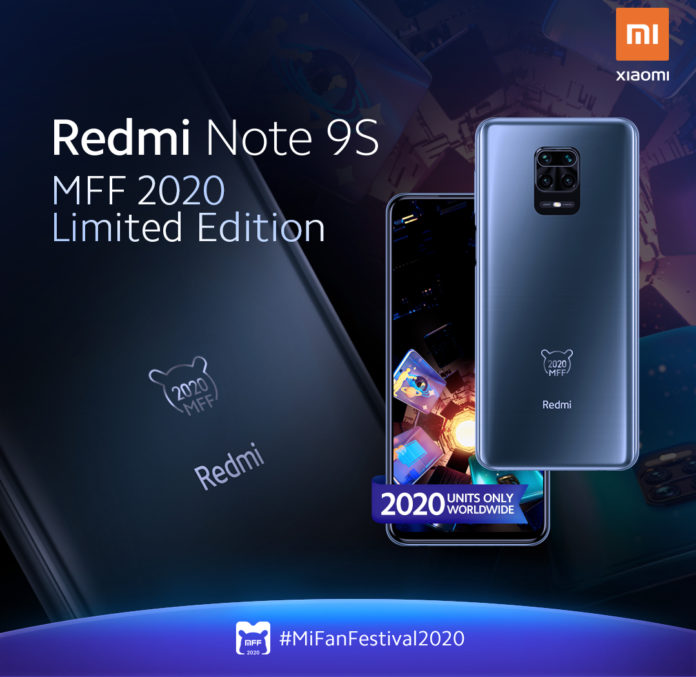 Xiaomi has announced a new phone for the Mi Fan Festival (MFF), which will take place on April 6. This special version is a special version of the Redmi Note 9 Pro, which the company recently announced, and it contains only a design difference compared to the regular version.

Chinese technology giant Xiaomi announced the Redmi branded new price / performance phones Note 9 Pro with an event it held about 1 month ago. These phones Redman in markets such as Turkey Note will be named as 9S. A special version of this phone, which has not been met by consumers in many countries, has now been announced. Xiaomi is calling this phone “Redmi Note 9S MFF 2020 Limited Edition”.

Xiaomi has recently caught serious popularity. Consumers have adopted other consumer electronics products as well as Xiaomi’s smartphones. Satisfied with the interest shown in the company, the officials also launched an event that they would traditionalize. This event, called “Mi Fan Festival”, will take place on April 6 and Xiaomi has prepared a special version of Note 9S for this event.

The new phone that Xiaomi has prepared for its traditional event seems to have the same hardware features as the regular version of the Redmi Note 9S. However, we cannot say anything official about the hardware features, since Xiaomi does not exactly describe the features of the device. If we need to talk about its design; Behind this special edition is the logo of the Mi Fan Festival 2020. In other words, if consumers have this special phone that will be put on the market with 2.020 pieces, they will carry a special logo prepared for the festival in question on their phones.

The Redmi Note 9S MFF 2020 Limited Edition is expected to take power from Snapdragon 720G, like the normal version, have a 6.67-inch screen, come with a fingerprint reader and include a 48MP resolution main rear camera. It is also among the expectations that this phone has a 5,020 mAh battery and that it supports 18 watts of fast charging.

Xiaomi offered different RAM and storage options in the Redmi Note 9S series. The company has not announced which RAM and storage combination to offer on special edition phones it has prepared for the festival. Also, the price of the phone will not be known for now. The Redmi Note 9S MFF 2020 Limited Edition, scheduled for sale on April 6, is likely to come to light on April 6.