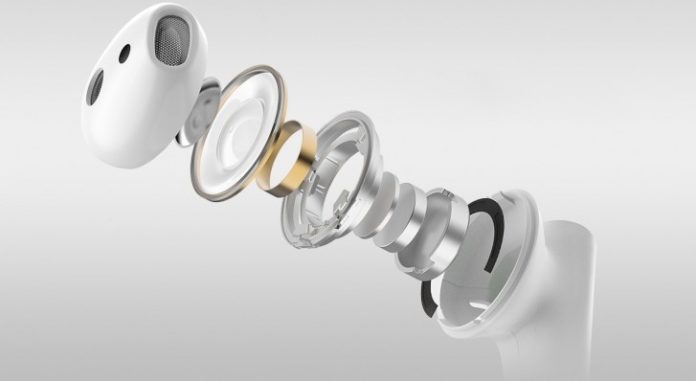 Xiaomi, one of the most popular technology manufacturers of recent times, stands out with its smartphones that it offers to consumers as well as its accessories. In this context, the company appeared with many wireless headphone models. The company, which is now announcing a new wireless headset model, has launched Mi Air 2s to Chinese consumers as of today.

Xiaomi seems to have significantly strengthened the Mi Air 2s in terms of performance. Because the company uses a powerful dual-core processor in its new wireless headphones and states that it has started using a new audio transmission technology. This audio transmission technology makes the sound flow of Mi Air 2s left and right headphones more stable.

Xiaomi’s new wireless headset model is also optimized with the MIUI interface on the company’s smartphone models. The headphones with LHDC Bluetooth decoding feature will thus provide a much better experience for consumers. Also, Mi Air 2s has a low latency mode. This mode synchronizes audio and video while video is playing and minimizes audio lag.

Xiaomi Mi Air 2s also supports XiaoAI, the company’s voice assistant. This feature, which can be activated with a simple voice command or a small touch, allows consumers to command XiaoAI. Also, Xiaomi says its new wireless headphones have noise reduction technology. Although this technology is not as functional as active noise canceling support, it improves sound quality, especially during calls.

Xiaomi Mi Air 2s can be used for 5 hours without a charge. In addition, the total usage time of the headphones with the box reaches 24 hours. According to the statements made by Xiaomi, the price of Mi Air 2s is set at $ 56. The company says new wireless headphones can be purchased by consumers in China as of today. But Mir is the future of the global market and naturally 2s when in Turkey is unknown for the moment.

Russia may force Apple to lower App Store fee to 20%

Bringing Millions to Its Customers, He Has No Share

A Very Important Vulnerability Has Been Found in Mozilla Firefox

Post Malone gets a huge tattoo on his face: shocked internet...

Cardi B reacts to the challenge in “WAP”