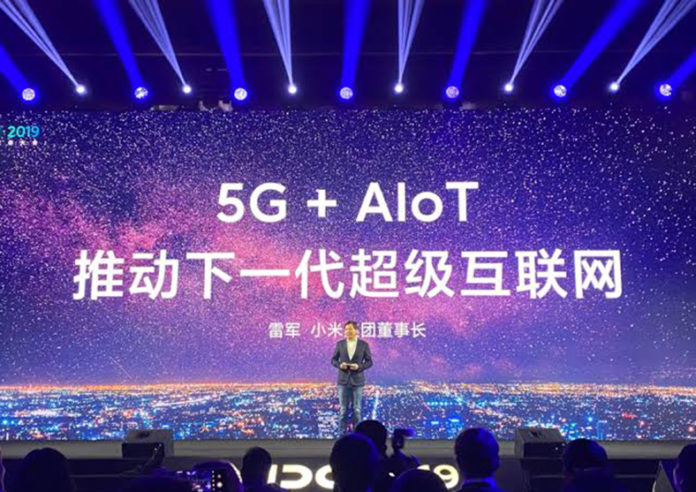 Xiaomi announced the key technologies they used in 2019 with the Mi Developer Conference 2019 (MIDC 2019) on Tuesday. One of the most important developments Xiaomi made in 2019 was the earthquake warning system developed for the MIUI interface.

Xiaomi introduced its key technologies in 2019 with an event in Beijing today. The opening speech of the Mi Developer Conference was made by Lei Jun, Founder and CEO of Xiaomi. Etkinlik We will strengthen our position as the world leader in AIoT (Artificial Intelligence of Objects) to make the definition of Smart Home more widespread, along with 10 5G devices that will be available in the market in 2020, Jun Jun said.

At the event, Fan Dian, General Manager of Xiaomi Artificial Intelligence platform department, said that they are willing to share earthquake warning system with other smartphone manufacturers.

In Beijing, Xiaomi’s voice assistant, Xiao Ai 3.0, will also have the male voice option. In the second quarter of 2019, the company announced that they had the most used voice assistants in China with 49.9 million users.

Along with Xiao 3.0, a new version of MACE, Xiaomi’s deep learning framework, has been announced. Xiaomi will release MACE as open source to provide developers with more resources.

At the Mi Developer Conference, Xiaomi unveiled the technologies behind its new smartphone Mi MIX Alpha. The new interface software solution for Xiaomi’s laminating technology and curved display will put the Mi MIX Alpha ahead of its competitors. I mean, if he had a rival.

Hong Feng, the founder and CEO of Xiaomi Finance, also delivered a speech at the event. In his speech, Feng said that they would offer more financing to their industrial partners. Feng added that they have invested in more than 270 ecosystem partners for the development of more than 100 products, and now that the number is over 400, he added.

Features of OnePlus 8 Revealed in Geekbench