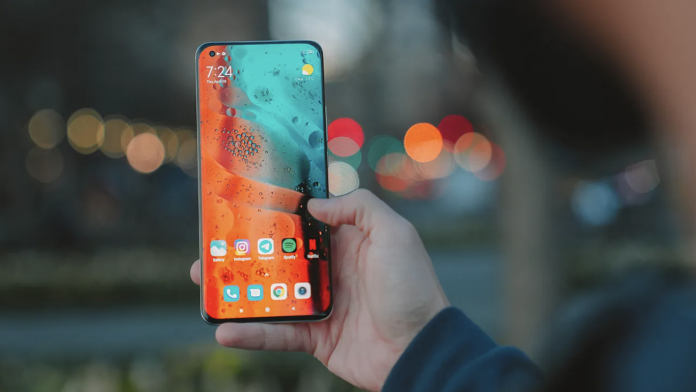 Some technical features have emerged about the Xiaomi 12 Lite. At this point, it became clear that the device will be released in two different versions.

Some users are taking a detailed look at the MIUI firmware to learn details about the new devices. At this point, it provides access to a lot of new information. This time, they obtained various information about the device, which is thought to enter the market under the name Xiaomi 12 Lite.

According to the leak, the Xiaomi 12 Lite is released in two different versions. It is within expectations that these will be specific to the Chinese market and the global market. At this point, it is striking that the phone, which will be released exclusively for China, will be better than the international version in terms of camera. While the domestic market model was named with the code name ‘ZIJIN’, the global version appeared with the name ‘TAOYAO’.

When we come to the technical specifications of the Xiaomi 12 Lite, we see the same features in almost every aspect in both versions. The device, which has a resolution of 2400 × 1080 pixels and a Qualcomm SM7325 chipset, receives a screen with a 120Hz refresh rate. 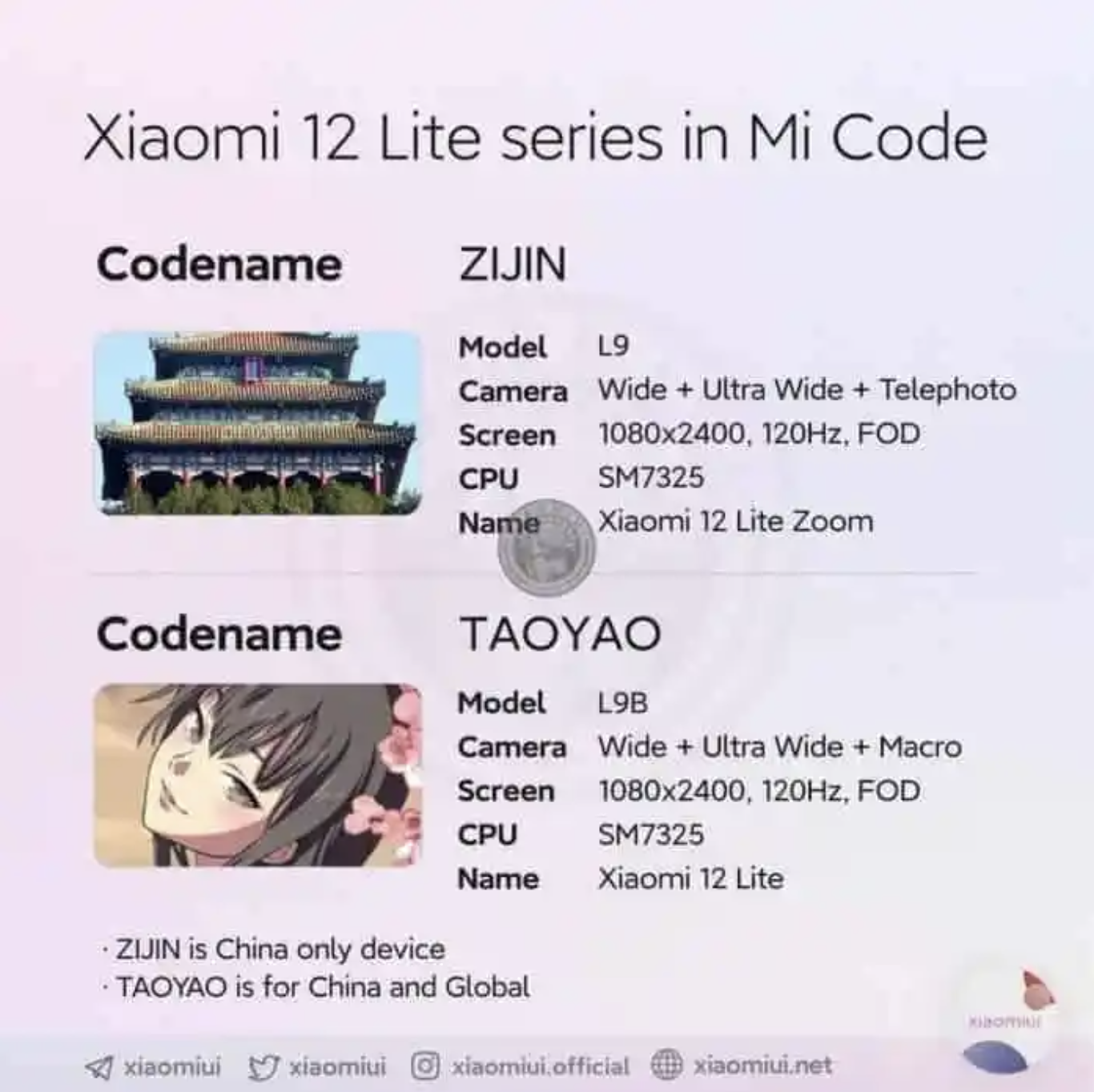 It is expected that the main camera of the device will offer three image sensors. The global version features a setup consisting of main, wide-angle and macro sensors. However, when we look at the Chinese version of the Xiaomi 12 Lite, the telephoto camera stands out instead of the macro sensor. This is one of the important elements that distinguishes the two versions of the flagship.

Digital Chat Station revealed that the Xiaomi 12 series will come with a full-screen design. At this point, it is expected that the frames on all four sides of the screen are the same thickness. When we combine these factors, it seems that Xiaomi will offer a high screen-to-frame ratio in its new smartphone.

The source of the leak also emphasized that there will be curvature on the edges of the device. However, he noted that this curve will not be as sharp. In the light of these rumors, it is not yet known which model the information is valid for. However, there is a possibility that there may be a Xiaomi 12 or Pro model. 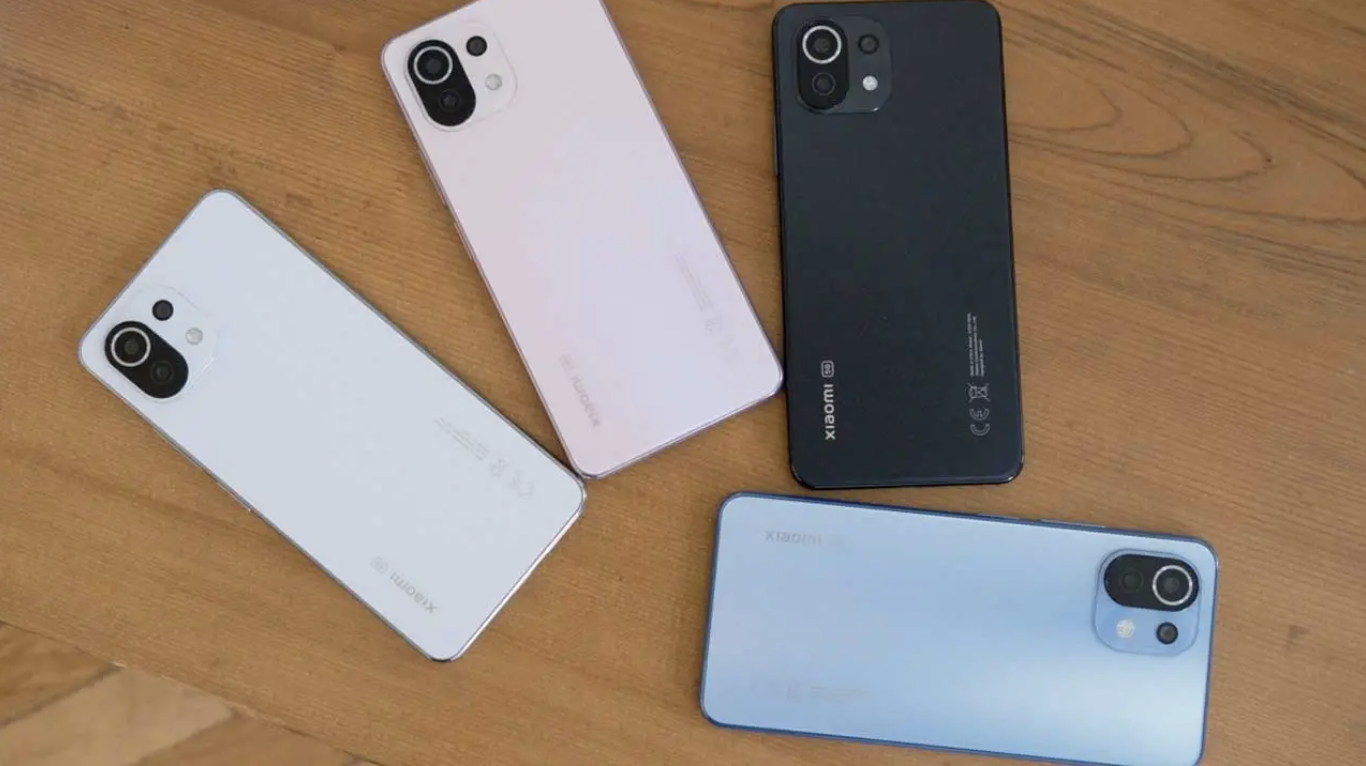 There is no information about the launch date of the Xiaomi 12 series yet. In addition, the flagship devices of the Chinese phone manufacturer are expected to be among the first phones to use Qualcomm’s upcoming processors.

What do you think about the emerging technical features of the Xiaomi 12 Lite? Don’t forget to mention your ideas in the comments section!

Is There Any Relationship With The Coronary Virus Outbreak?