Home Entertainment Xenogears: PlayStation would be preparing the return of this classic 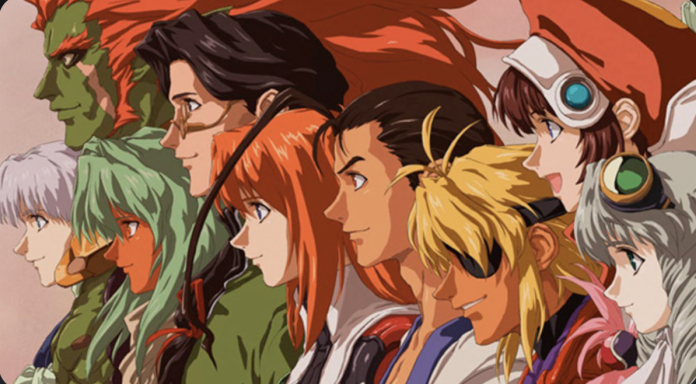 Rumors arise about the return of Xenogears and all based on the statements of the singer-songwriter AVA. But nothing confirmed yet

Information emerged this week about the possibility of the Xenogears game returning to this generation of consoles. All due to the statements of the Irish singer-songwriter Éabha McMahon, better known as AVA.

What happens is that she stated on The Lunchbox show that she wrote a song for a ‘great’ remake or reissue from the first PlayStation. This would be revealed in December of this year.

Xenogears is a classic from the PlayStation library

AVA commented “I recently wrote a song for a PlayStation game with Michael McGlynn.” That was between minutes 12 and 13 of the show aired on October 7. The host, Geoff Harris, pushed her a bit and got some statements.

So, she declared ‘yes, that happened about a year and a half, it was right after the pandemic.’ She revealed that McGlynn approached her first to work on this new project.

‘‘ Listen, we are writing music for a new version of a PlayStation game ’, and he has done a lot, he has written a lot for different games that are very well known. But I’m not really a player, ‘AVA explained.

The singer-songwriter added, ‘Anyway, he says,’ Look, it’s an Irish piece they’re looking for. ” ‘ So she decided to intervene, revealing that the work involved Michael McGlynn’s family.

Where does the idea that relates to Xenogears come from? For that you have to review some background. Both McGlynn and ANUNA, of which AVA is a part, previously collaborated with Japanese composer Yasunori Mitsuda.

They worked on the Shadow of the Lowlands theme for Xenoblade Chronicles 2. Obviously, this game is out as a Monolith Soft Nintendo exclusive. But they also participated in another project.

That was the celebration of 20 years of Xenogears, a game owned by Square Enix and released on PlayStation. Sure, Mitsuda also worked on Chrono Trigger, but said title doesn’t originate from PlayStation and a remake doesn’t sound feasible.

AVA added to the aforementioned “so it will actually be announced at Christmas: the name of the game.” She also pointed out, ‘I’ve heard of it now and I’ve confirmed it’s a great title, which is great!’

She finished off with “it’s going to be an Irish-language piece in the game, which is brilliant.” It should be noted that Christmas begins to be celebrated in Ireland on December 8, and the next day is The Game Awards 2021.

We’ll see if it’s really related to Xenogears. By the way, and to top it off, Mitsuda also seems to be involved in the game.

Xbox Game Pass Loses 4 Games At the End of the...