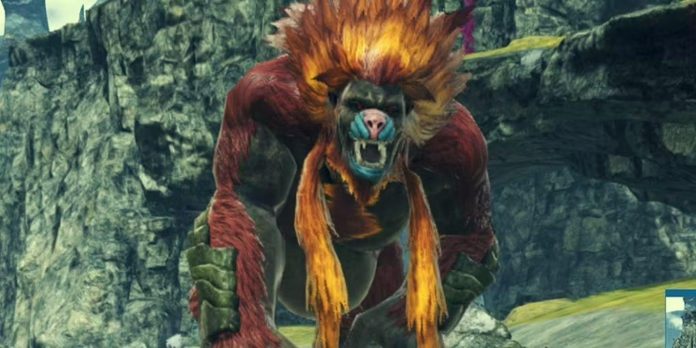 In Xenoblade Chronicles 3, you can fight more than 100 unique monsters, and each of them unlocks a new art or skill of soul hacking. These creatures are much harder to kill than normal enemies, but fighting them is also one of the best ways to farm items in the game. Since the chance of unique monsters falling out is higher, players can count on a large number of Nopon coins, as well as powerful high-quality accessories and other items.

Unique monsters can be found in each region, and they can be distinguished by the orange outline around their name when players target them. All creatures also have special names by which they can be easily identified. The level of unique monsters can range from the fifth to the 120th, which means that some of these enemies exceed the player’s maximum level, which is 99.

Most of the unique monsters can be found in Xenoblade Chronicles 3, which roam the open space, so they will not be difficult to detect. However, some of them hide in secret places or are buried underground and do not jump out until the players are close enough. In addition to farming items, another reason to fight unique monsters is to unlock new abilities for the Soulhacker class.

Sycophant Lilith (Level 5): can be found on a rock southwest of Colony 9 and unlock Hard Dig (Art) Lapdog Veece (Level 9): southeast of the Loch Ciel landmark near a stump in a clearing and unlocks Beast Howl (Art ) Indiscreet Gombaba (Level 12): southeast-west of the resting place on the hillside of Ferronis Hulk and opens Sumo Press (Art)Outraged Bilkin (Level 13): unlocks Butterfly Dust (Art) and can be found west of Luke’s EyotMigratory Circe (level 14) : Along the river south of the resting place on the hillside Ferronis Hulk and unlocks Just a Moment (Skill)Househunter Carly (Level 21): you can find and fight in Xenoblade Chronicles 3 in a cave northeast of the Forward Post Camp and unlock the Bubble Cloud (art) Spouting Masquin (Level 24): Can be found east of the resting place in Colony 9 barracks at the foot of the waterfall and unlocks Evasion Acceleration (skill) Repulsive Dipus (level 24): Can be found by the lake with a view of Colony 9 and unlocks Emergency Turbo (skill) Sensitive Catullus (Level 26): to the west of the Grave Rock and unlocks systematic defense (skill).

Petrivore Judomar (Level 31): Will appear when players head east from the Observation Point bridge and unlock Attack Acceleration (skill) Phantom Strea (level 51): Across the lake to the north of the Kamos Pointer and unlocks the Mimic Technique (skill) 53): can be found east of Shark Jaws Cape and unlock the Ultra-Zero Shield (skill)Witchwind Kujat (Level 59): Can be found in Xenoblade Chronicles 3, flying east of Battlescar Ferronis Hulk, and unlocks Trick Dart (Art)Wicked Wolf Aranqui (Level 70): can be found after accessing the last dungeon, using the climbing wall on the Kamos signpost and heading north, and unlocks Thunderclap (Art)Fang-King Clavein (Level 80): North of the Depths Camp a resting place in Elgares Depths and unlocks Counter Puncher (skill) Jingoistic Gigantus (level 80): can be found during the day by the river at Eyot Bows and unlock Blasting Stomp (Art) Perilwing Ryuho (Level 100): can be found flying over Lake Coolley and unlock Eagle Rush (skill)