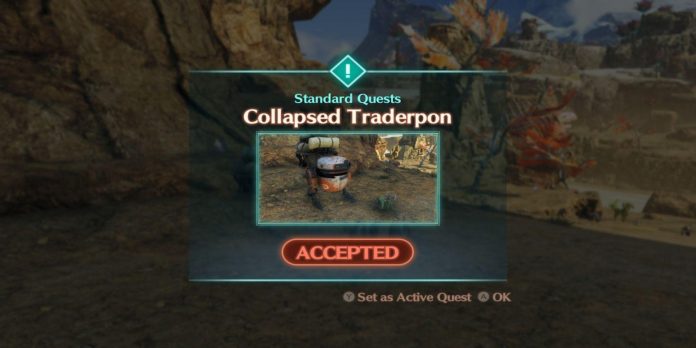 In the first chapters of Xenoblade Chronicles 3, players will stumble upon a robot and someone named Panepain in the Eagus Wilderness area. Panepane seems to be slowly dying due to lack of water, and he wants players to find items containing moisture.

Most of the items needed are fruits such as “Dancing Apple” and “Black Kiwi”, but players can collect any of them to complete the “Rolled Merchant” quest. Following this guide, Xenoblade Chronicles 3 players will learn where to go to find fruits for Panepane.

RELATED: Xenoblade 3 Chronicles: How to Escape from Battles

Now, there doesn’t seem to be an exact place where you can find all the food at the same time, but we have found several nearby places where there are probably fruits.

When searching for fruit, keep in mind that you need to keep an eye out for purple-covered objects floating a few inches off the ground. Collecting them, players will definitely find at least one item from the list of Panepane.

Collecting shiny white items on the ground probably won’t be one of the items needed to complete the quest, so we recommend skipping them.

Players can walk south of the quest location to find several areas where there should be a lot of fruit. Look at the two circled places in the image below to better understand where to look.

If players can’t find the fruit anymore, they can try to make the items respawn by quickly traveling to another location and returning to that area.

A list of items that players can bring to the Panepan can be found below:

Players will need to keep bringing fruits to Panepan until the quest progress indicator reaches 100%. The percentage varies depending on the items that players bring to the collapsed merchant.

Once Panepane quenches his thirst, players will be rewarded with several goodies:

Xenoblade Chronicles 3 is available for the Nintendo Switch.

Yolanda Hadid reflects on the recurrence of Lyme disease and the...