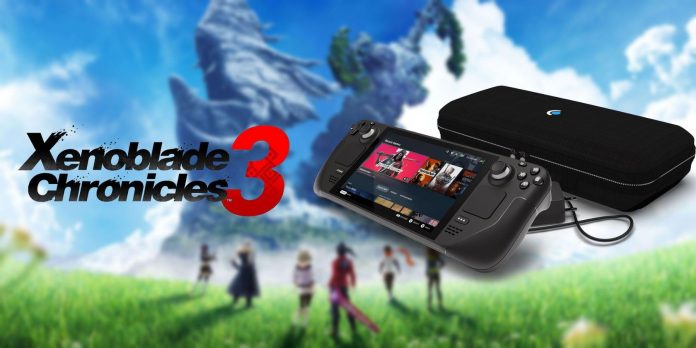 Xenoblade Chronicles 3 will be one of Nintendo’s biggest releases this calendar year, and the newest installment of the popular franchise is due out this week. Nintendo and Monolith Soft have already shared a lot of details about the upcoming game, including the plot and the new game mechanics of Xenoblade Chronicles 3. Nintendo also introduced the Expansion Pass, consisting of two parts, adding new outfits and accessories at launch, and story content will appear later. Now that the game is only a few days away from release, a massive leak shows that some fans may start playing earlier.

Leaks have become all too common in the gaming industry, and the content of many of the most anticipated games is revealed at an early stage. Nintendo has struggled with leaks with many of its major releases, with franchises such as Pokemon and Fire Emblem often in the spotlight. Xenoblade Chronicles 3 has also faced leaks since its initial disclosure, such as when Nintendo mistakenly leaked key art for a new game earlier this year. Now the biggest leak of Xenoblade Chronicles 3 has led to major spoilers and even a full ROM of the game posted online.

Since the release of the newest Xenoblade Chronicles is scheduled for the end of this week, some fans of the franchise received their copies earlier, which led to several leaks. However, the most notable of these was the leak of the ROM with the full game, and players such as YouTuber SomeOrdinaryGamers were even able to run the game on the Steam deck. Fans have also noticed that the game is being put up for resale at significantly inflated prices on sites such as eBay, ahead of its launch on Friday.

The recent Xenoblade Chronicles 3 leak is likely to be a major headache for Nintendo, given the company’s difficult history with fan emulation. Nintendo has already made efforts to stop the flow of Nintendo games emulated on the Steam Deck since the beginning of the portable console by blocking Nintendo emulation videos. The Mario developer has also been criticized by fans for his aggressive actions against emulation in the past, when he harassed emulation-oriented websites by not providing an opportunity to play many of his old games.

Xenoblade Chronicles 3 is the newest game of 2022, which was filled with high—profile releases from Nintendo. In the first half of the year, such major franchises as Pokemon, Kirby and Fire Emblem have already received new games. Others, such as Splatoon 3, Bayonetta 3 and the newest generation of Pokemon in Pokemon Scarlet and Violet, should appear in the second half of the year. Xenoblade Chronicles 3 will have the same success for Nintendo when it comes out later this week.

Xenoblade Chronicles 3 will be released on July 29 on the Nintendo Switch.

Golden Girls meet the Jetsons in an animated episode from director...

Submerged: Hidden Depths Is No Longer Exclusive To Stadia And Confirms...