Home Entertainment Xenoblade Chronicles 3: How to Unlock the Grey Hero 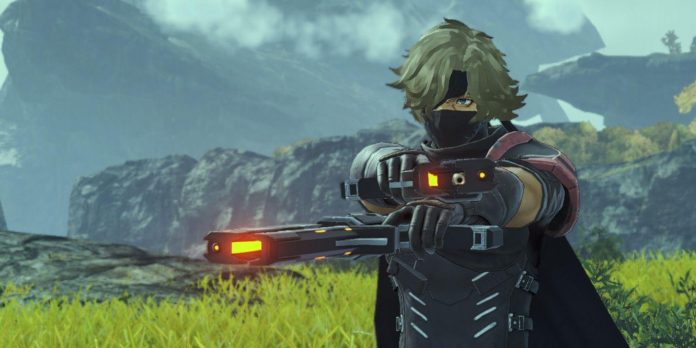 As you progress through the massive adventure of Xenoblade Chronicles 3, you will unlock several heroes and completely new classes as the story progresses. Undoubtedly, one of the most mysterious and fascinating characters of the game is Gray, also known as Gray ash-skinned. His calm and stoic demeanor hides one of the most well-researched Hero backstories in the game, and it’s worth unlocking as soon as possible. Fortunately, it can be unlocked already in Chapter 3 in Xenoblade Chronicles 3.

Gray is one of the best strikers in the game, and he easily claims to be a permanent member of the team. Gray’s class is an all-metal jaguar with two guns; it has a large attack area that can hit several enemies at once from a distance.

Before trying to unlock Gray and take part in his heroic quest, players will first need to unlock the wall climbing skill and assemble a group at about level 25-28. Fortunately, there are many ways to level up quickly in Xenoblade Chronicles 3.

The mechanics of climbing walls allow the group to climb rocks using purple vines. This helps to open up even more of the already huge world of Xenoblade 3, providing access to new unique monsters and Hero quests, such as Gray.

To gain the ability to climb walls, players must complete Chapter 3 and complete Valdi’s heroic quest called “The Good Right Hand”. Completing his quest will give the group the ability to overcome walls, which, like the ability to run on sand in Xenoblade 3, allows the group to reach previously inaccessible places.

Quest of the hero of gray matter

The Grey Matter quest can be completed by climbing the rocks to reach Murmur Hill in the Aetiya region. The location closest to the rocks for quick movement is the Kamos guiding station.

A quick trip to the Kamos signpost.

Using the map, place the marker on the place of climbing on the rocks by pressing Y. This will make it easier to search using a mini-map.

Keep walking along the path to the question mark on the map. A short video will show that the group has discovered some kind of device.

This then initiates a fight with the mysterious Grey, giving the player the opportunity to see the Xenoblade 3 all-metal Jaguar class in action. After his health drops to half, the fight will be over. However, the group and Gray will be attacked by a group of Keves’ soldiers, which will allow Gray to escape.

After the fight, follow Gray by jumping into the water from a cliff. The group should see the quest marker from the edge of the cliff.

At the quest marker, the group will need to track and follow Gray’s trail.

At the time of writing, there was sometimes an error that caused the trail to stop moving. If this happens, just keep moving forward in the same direction and the path should reappear. Gray will be waiting at the end of the trail.

Fight and defeat soldiers to complete the quest and recruit Gray and his Hero class.

As already mentioned, Gray is one of the best fighters in the game, and his long—range abilities complement the rest of the group well. He also has one of the best story arches in Xenoblade Chronicles 3.

Chicago Fire Season 10: Characters Who Could Say Goodbye After Matt...

Watch Dwayne Johnson & Kevin Hart Fry Each Other in SuperPets...