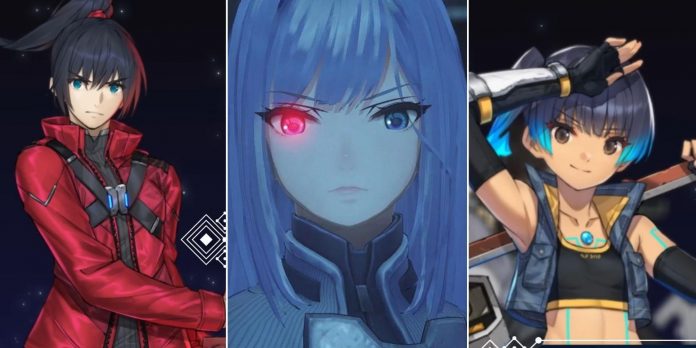 Party games have created many unique team configurations, but one thing remains the same: someone has to do damage. Xenoblade Chronicles 3 is no different. In particular, those dealing damage in this series are known as attackers.

As expected, the attacking classes have a variety of abilities that allow them to melt the enemy’s health bars. But in Xenoblade Chronicles, they also have to worry about positioning, enemy aggression, and using their limited art slots properly. The arts, which are the main abilities of the series, compete for a limited number of slots. So it’s useful to know which ones are the most reliable for the different styles of play that the game allows players to access. Here are the best options for the main attack of the party.

Explosive combos are a new feature of XC3. They combine stunning XC1 combos with XC2 spontaneous explosions, allowing you to get additional items from enemies. Most of this combo is available from the very beginning of the game, but it takes time to complete the last step, the Explosion.

The explosion is usually locked behind certain talents and classes of healers. However, for those who want to farm an enemy drop, having a Burst on a regular art is very valuable. For this purpose, “The Road Home” is an art of the Troubadour class, which allows you to break through faster and easier, occupying a less valuable slot.

XC3 has a collection of characters known as “Heroes”. These characters add a 7th member to the main group, and also provide new classes for the game. The first of them is Ethel with her fast-paced “Flash Fencer” class.

Acceleration is one of the buffs of the class that helps speed up his style of play. This speeds up both art and auto attacks. This means more damage, as well as faster recharge of agnus skills, which are recharged using auto attacks. However, he is held back by the fact that he belongs to the class of Keves, whose basic skills cannot be recharged with auto attacks.

In the XC3 combat system, enemy debuffs are usually left to the discretion of the group’s healer classes. However, anyone looking for more debuffs can find a lot of use in the Incursor class, despite the fact that it is an attacker class.

For this style of play, Aerial Slash is a tricky art that deals good damage, with the additional effect of spreading debuffs from the attacked enemy to all other enemies in range. This can greatly simplify working with large groups, since all of them can be sequentially weakened at the same time.

Going back to the Flash Fencer class, his basic talent art provides a very consistent way to complete percussion combinations. These combos deal much more damage than explosive combos, but it takes longer to fully access them.

Saber Strike is the first access the group gets to Smash, and it will be the only source for most of the game. In addition to being used in combos, Saber Strike deals a lot of damage, and Flash Fencer skills allow it to be almost instantly available at the beginning of a fight.

Attackers ideally should not be in the center of enemy aggro, as they are quite weak and cannot properly use directed attacks when targeting. Sometimes overuse of an enemy’s arts or AOE attacks means they will take damage.

In these situations, access to evasion is a good way to keep attackers healthy. The Jackal’s Claw is an art from the martial arts class that offers evasion on demand. It also has a high critical strike rate and a lot of damage, which makes it a safe option for any attacker.

While beneficial effects make up a large part of the value of many arts, when playing for an attacker, damage is the highest priority. Thus, it helps not to load secondary effects too much. Attackers should strive to carry out at least one simple attack with a lot of damage.

One of the best options for this is Giant Swing, which also has the added advantage of being available fairly early in the game. The art has a huge damage multiplier, and can also drop enemies, interrupting their attacks.

Many powerful arts and skills are hidden behind classes that are only revealed in the game. However, the six primary classes are of great value due to their well-balanced abilities and easy access.

A great example of this is Noah’s elementary class, Swordsman. A sword strike is one of Noah’s first skills, which deals damage to enemies when attacking from the side. This allows you to launch a combo of Smash and Burst, and also helps to charge the attacker’s talents. Therefore, although it is available from the very beginning, it remains consistently useful and retains the value of the Swordfighter class.

Players can easily get carried away with many attacking classes. Their arts do a lot of damage, and they don’t have to worry about supporting the party.