Home Entertainment Xenoblade Chronicles 1: How long to beat and list of Chapters 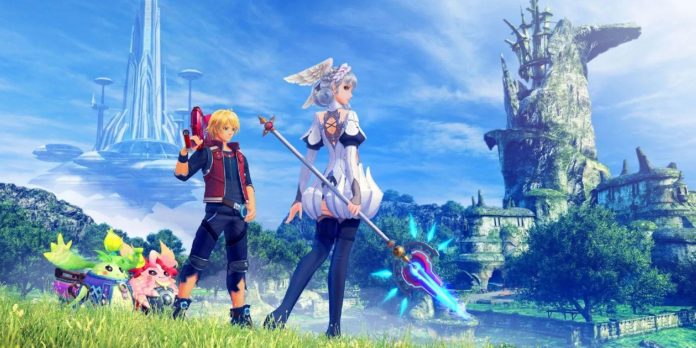 Due to the quality of each game, it’s reasonable to play the first two games after completing Xenoblade 3 as if they were prequels. The surprises, twists and allusions common to all three games are just as effective when you play after the third. Along with the third game, Xenoblade Chronicles is considered the best in the series and one of the best JRPGs of all time.

Like its successors, Xenoblade Chronicles is a huge game with a huge world to explore and lots of secrets to find. Even without side content, Xenoblade is a long game that will entertain JRPG fans for hours and leave a lasting impression after its completion.

According to the data collected by How Long To Beat, the average time to complete Xenoblade Chronicles is about 51 hours for the main plot. The campaign and additional content will take approximately 80 hours to complete. However, for full players, completing the game and viewing everything it has to offer can take about 138 hours.

Xenoblade Chronicles Definitive Edition includes expanded content that links it to its successors. The epilogue, known as Future Connected, costs an entrance fee alone, with an average game time of about 10-13 hours for full players.

In terms of scale and scope, Xenoblade Chronicles is one of the largest JRPGs on the Nintendo Switch. This is not a game where you can rush, and with such a great story and characters, why would anyone rush?

The Xenoblade Chronicles main campaign has 17 chapters. Chapter titles are included only in the Japanese version of the game, and thanks to the special Xenoblade wiki provided on Fandom, the chapters are named as follows:

Chapter Number Chapter Title Prologue Stay gives us a chance to Change our Destiny Chapter 1 Today I did something really special Chapter 2 Now it’s our turn to repay them! Chapter 3 Monado will grow with you Chapter 4 We are going there ourselves Chapter 5 Promise that you will meet us outside the colony Chapter 6 He will pay for what he did with Fiora Chapter 7 Meet the legendary Heropon of this year, Ricky! Chapter 8 Melia Antiqua Chapter 9 I am Zanza Chapter 10 Leader Mekhonis and Agent Meynet Chapter 11 Can you kill them all? Chapter 12 Welcome back, Fiora Chapter 13 This world is in disarray Chapter 14 Everyone loved you Chapter 15 You shouldn’t have done this Chapter 16 This is the course of fate! Chapter 17 I was here at the beginning, and I will proclaim the end

The future is in touch

As mentioned above, Future Connected is an add—on and epilogue that takes place a year after the events of the main game, and it is included in Xenoblade Chronicles Definitive Edition. This expansion completes the first game and establishes a connection between all three games of the trilogy.

Xenoblade Chronicles Definitive Edition is already available for the Nintendo Switch. The original version is available on the Nintendo Wii and New 3DS.

The 2022 Pokémon World Championship Confirms Its Date And Venue