Home Entertainment Xbox will speed up game downloads in the new update: all the... 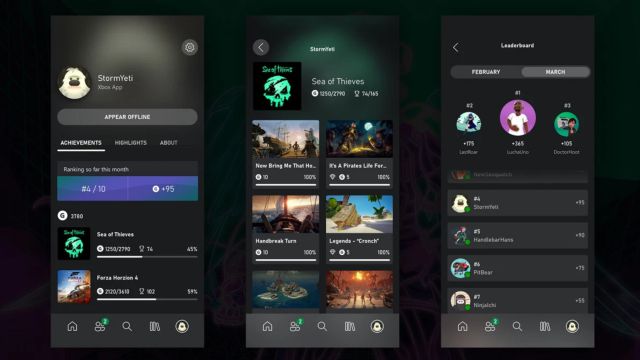 Xbox: The enhancements are coming to Xbox One, Xbox Series X, and Xbox Series S, but new features are also being added to Game Pass.Microsoft has announced the news of the next Xbox update. This has been announced in a new installment of the platform’s official blog, where they have confirmed unpublished features for both the consoles and their Xbox Game Pass service or the mobile application. New to this is the ability to speed up title downloads, all thanks to the new game suspend feature in My Games & Apps.

“Today, the queue system allows you to see when your active game is slowing down. Now, you will have the option to pause your active game to free up bandwidth and get more efficient download speeds. Then, with Quick Resume, you can go back to your game whenever you want ”, they say.

The Xbox app on Android and iOS started rolling out the achievements last month. Starting right now, select players will have the opportunity to check the monthly leaderboards to see their position relative to their friends. They will also add the ability to view achievements on the details pages of the game, in order to facilitate the monitoring of the process. The functionality will be available to everyone at the end of the month, although they promise to continue improving the application in the future.

When it comes to Xbox Game Pass, the option Play with friends will now appear as soon as your friends are enjoying a title on the service. It will be possible to join a multiplayer session or install the same titles that friends are playing.

Another improvement that will be implemented in the service is the option to explore new recommendations and collections of games in Game Pass console. “Discover another gem based on your playing history with the Because You Played feature or search for a title to play with friends in Multiplayer.” Also, new collections based on genre will be added, such as First Person Shooters, Science fiction, horror, sandbox, mystery, anime, fantasy and many more.