Home Tech Xbox Will Gift Sonic Designed Xbox One (You Can Also Join The... 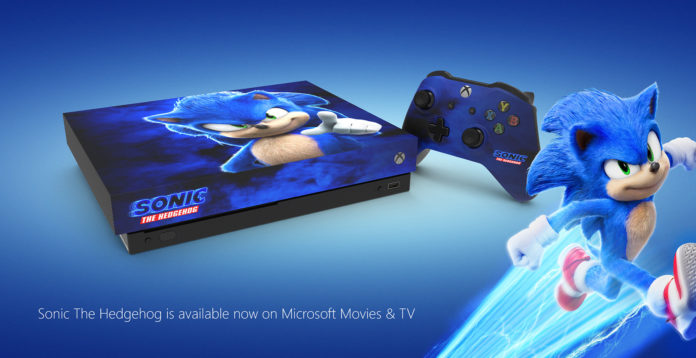 It is now known that some companies are sweeping over various social media platforms. One of these companies was Microsoft. The company presents the Sonic-designed Xbox One console in a raffle on Twitter.

It wouldn’t be wrong to say that game adaptations have been very popular in recent years. One of the latest examples of the game adaptations trend was Sonic the Hedgehog, which was released on February 14 this year.

The film, whose vision life was not very long, started to show up on digital platforms due to the coronavirus. However, it must be said that the movie did not perform very badly at the box office. The film, which has a budget of 85 million dollars, has managed to generate box office revenue of 306 million dollars worldwide.

Xbox One console with Sonic design
Sonic, the blue hedgehog, who can say that he did a very successful job at the box office, also collaborated with Microsoft. Microsoft released an Xbox One console specifically designed for Sonic. There is a huge Sonic image on the console, and the console’s controller also has a blue color that we can call stylish.

The only thing that needs to be done to have this console is to retweet this tweet Xbox has posted from its official Twitter account. This lottery is available only condition of participation in a country where the official Xbox Live and Turkey, fits that criteria. People over the age of 18 can also participate in this raffle, which will end on April 14, 2020.

Of course, since we are on April 1 now, it may come to mind whether this is a joke. However, the tweet sent from the official Xbox page also includes a link to a page where the rules required to participate in the lottery are detailed. So for now, there is no reason to think that the Sonic-designed Xbox One is a joke.

So how did you find the design of the Xbox One console with Sonic the Hedgehog design? You can share your ideas about this special design console with us in the comments section.