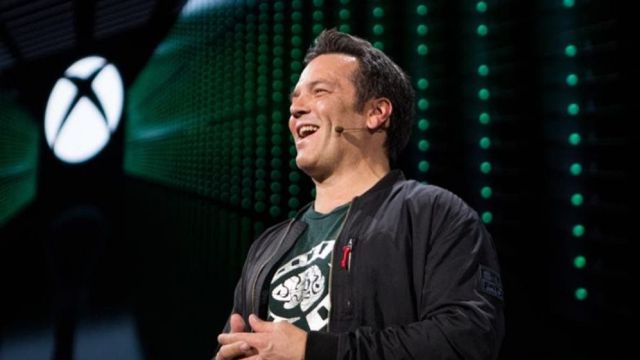 Xbox: Phil Spencer, head of the division, confirms that on his platform they are working on more titles of this type than in other times. The video game industry evolves over time and with the times. The subscription model is one of Microsoft’s goals, which with Xbox Game Pass is trying to lead these new business models. In an age when games as a service reign, the question that comes to mind is whether there is room on Xbox for more risky and restrained proposals that explore fresh ideas or are focused on a single player. Phil Spencer, head of Xbox, has ensured that his company wishes to continue working on these types of projects.

He has done it in an interview with The Guardian, where he has reflected on this and other issues: “I think we are probably building more of those [games] now than in the entire history of Xbox.” Regardless of whether the platform is “a subscription or a hardware”, the developers “are actively investing in new things, surely more risky, because if they work, we achieve the values ​​that attract more players to the ecosystem”, he pointed out.

Spencer also highlighted that the option to incorporate early access on Xbox Series X and Series S offers players the ability to test titles while they are being developed: “When we can stream on any device,” he continues, “we can discuss how to do more ”Products in early access. “I think it can strengthen the relationship between the creator and the consumer.” By using the word ‘creator’ you are not only referring to developers, but also to players, who have the opportunity to design, share and sell content in games such as Minecraft, Forza or Flight Simulator. “Microsoft has been a leading creative company from the beginning. I mean, in DOS anyone could build an app, ”he recalls.

Matt Booty, head of Xbox Game Studios, agrees with Phil Spencer’s words. “I think we’ll see a lot of games that start to include elements that are based on spripting or the ability to add [things] to the game.” In Forza Horizon 5, for example, it is possible to design challenges and circuits. Halo Forge allows you to create multiplayer levels, while in Flight Simulator “this activity is much more sophisticated.” Booty points out that the incorporation of Bethesda will be very important in the implementation of mods, since they have many years of experience behind them.

“We don’t have any guidelines that say that all games” must be of the service type. The manager gives Double Fine Productions as an example: “There may be a Psychonauts 3, but I’m not going to tell Tim Schafer to do it. Knowing the history of him in the games makes sense, I don’t think that he will make a video game that has seasons and that works for five years ”.

Faced with the expansion of video games and the search for new audiences, Phil Spencer does not rule out the purchase of studios that are in very different parts of the planet such as India or Latin America. “I’d be surprised if it didn’t happen,” he is sincere.

All video game releases are coming to PC soon

CSI Miami: What was suspected of one of the best kept...