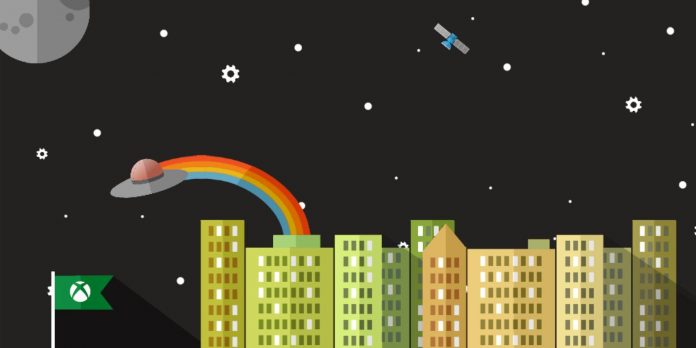 Going back to the first generation of Xbox consoles, the system determined what an online platform should look like. Years later, Xbox is still working on what this platform should look like, adding features and expanding services for its growing player base around the world. The latest update for the Xbox platform shows exactly that. Two new features have been added, one based on the Xbox party system and the other offering a clever mix of Xbox Cloud Gaming features and sharing Xbox clips and screenshots.

Last month, Xbox officially added Discord support for its consoles. Discord has become the leading audio technology on the PC, in many ways equivalent to Xbox group chat. Now that Discord is available on Xbox, it’s clear that Xbox will want to improve its group chat to meet the growing standards among its player base. Thus, Xbox has added a group chat noise suppression feature that automatically suppresses background noises such as “gamepad clicks, breathing” and other random noises. The functionality can also be disabled.

Another important feature added by Xbox in the September update is related to how users share media with their friends. In 2021, Xbox added a system where users could record game clips or take screenshots and share them with their friends. The new feature will allow Xbox Game Pass Ultimate users to view their friends’ shared media files to quickly check out games they might find interesting.

Xbox users watching a video clip or viewing a screenshot can now click the “Play” button connected to the media. The play button will launch the game via Xbox Cloud Gaming from any device that the Xbox user can currently use. Xbox says that “some games” may require an Xbox Game Pass Ultimate, so it’s unclear exactly how this feature works. Perhaps those who do not have an Xbox Game Pass Ultimate subscription will be asked to buy a game or something similar.

The “Noise Reduction in Team Chat” and “General Media Playback” buttons should now be available for Xbox users. Chat noise reduction is currently only available on Xbox Series X/S consoles, with no mention of Xbox One support. The Xbox Cloud Gaming feature related to shared media is available on mobile devices and PCs.

These two additional features are just the latest examples of Xbox’s ongoing efforts to iterate its multi—platform services. The introduction of Discord probably played a role in the emergence of new group chat features. The continued expansion of the Xbox Game Pass Ultimate cloud technology has probably led to a new shared media feature. As Xbox services and the player base grow, so do the opportunities to try out new ideas.

Captain America and Batman destroyed their buddies in the same way