Home Entertainment Xbox Thought The Sequel to Zelda Breath of the Wild Would Arrive... 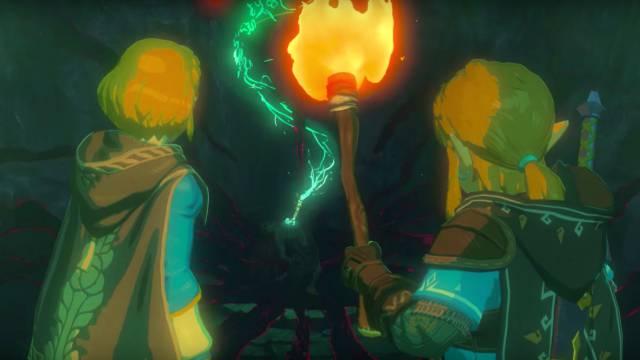 Xbox: The North American company took Nintendo’s plan for the end of the year for granted; they were also expecting a secret PS5 game for the year 2020.The legal dispute between Apple and Epic Games continues to shed information on the plans of multiple companies in the sector. This mine of information seems ready to uncover all kinds of issues; this time, relative to Microsoft’s estimates of the movements that its competition would carry out for the 2020 Christmas campaign.

According to the document, hosted on the public portal of the courts of the Northern District of California, Microsoft believed that the sequel to The Legend of Zelda: Breath of the Wild, Bayonetta 3, Metroid Prime 4 and Shin Megami Tensei V were going to reach Nintendo. Switch the last period of the year 2020. Not only is it that they have not arrived, but some of them do not even have a release window.

The document also provides information on what they expected from their biggest and main direct competitor in terms of target audience, PlayStation. Phil Spencer’s team believed that Gran Turismo 7, Horizon Forbidden West and Deathloop would arrive between 2020 and 2021. This estimate was based, in all fairness, on what Sony itself initially set; But the delays thwarted those plans. The curious thing comes from the hand of an unknown PlayStation video game whose identity is marked as confidential in the annotations. It may be a well-known video game; or maybe not.

Nintendo has pledged to provide information this year on the unnamed sequel to The Legend of Zelda: Breath of the Wild, scheduled for Nintendo Switch. Eiji Aonuma asked for patience just a few months ago, on the occasion of the February Nintendo Direct. It is hoped, however, that the already confirmed E3 2021 will serve to answer many of these questions. Both Nintendo and Xbox will be at the event.

Other information that has transpired from the documents of the dispute between Apple and Epic Games leave us the payment of royalties to Sony for implementing the crossplay; Microsoft’s willingness to bring Xbox Cloud Gaming to other consoles; the fact that Microsoft has not made a profit from the sale of its Xbox consoles; that Nintendo requires its partners not to work with the Yakuza; or that The Last of us Part II enchanted the Xbox team.