Home Tech Xbox Series X: The Miniature Fridge That Was A Meme Is Now... 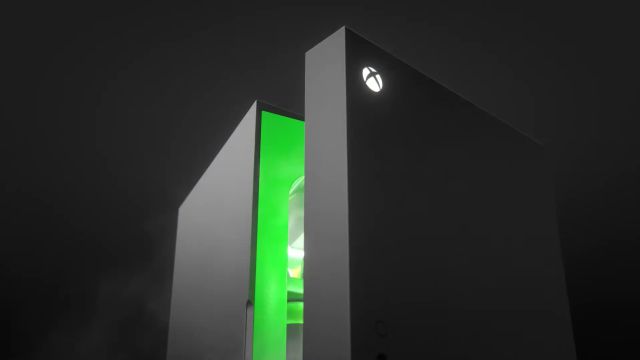 Xbox Series X: Microsoft thrives on internet jokes to materialize a product that many were longing for: the Xbox Series X-shaped fridge. Now that the heat is between us, we fancy a cold drink. And what better than to take it from a fridge shaped like Xbox Series X? The joke has gone too far, some will think, but the truth is that Microsoft must have been very funny, because after flirting with the idea (it already gave life-size refrigerators to influencers), now it opts for mini refrigerators that cause sensation on the net.

In November 2020, Microsoft made its most powerful console to date, the Xbox Series X, available to gamers. A year later, in December 2021, the machine will return with another functionality: cooling drinks and food. In this same news you can see the satirical trailer, which in the end has become a reality, about the small refrigerator from Redmond, a compact and elegant appliance that will undoubtedly delight fans of this system.

The cold drink, but at Christmas

Earlier this year, the North American company resurrected the meme and produced a few units of the Xbox Series X fridge as part of promoting a ZOA-branded energy drink, starring Dwayne ‘The Rock’ Johnson. At the time, Microsoft assured that it would not produce the product for the general public, but after conducting a poll on Twitter, plans have changed.

Beyond the refrigerators, Xbox and Bethesda have starred in a conference full of video games, among which there have been some surprises. Starfield, the new from The Elder Scrolls V: Skyrim studio, opened the presentation, to then show titles such as Stalker 2, Forza Horizon 5, The Outer Worlds 2, Halo Infinite or the surprise of Arkane, the creators of Prey (Austin study). Redfall is a vampire game that can be played alone or in the company of up to four people. It will be released in 2022 for Xbox Series X, Xbox Series S, and PC.

LG Tone Free on the market with special charging box