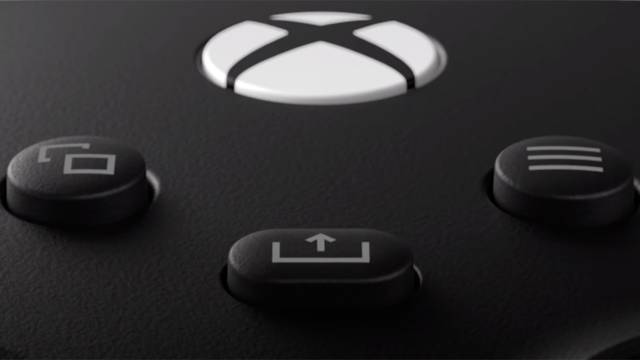 The North American company is aware of user feedback and plans “a series of improvements”; they are currently on the priority list.

Microsoft is working on improvements to the methods of capturing and sharing content through Xbox Series X | S. The North American company, in the voice of Jason Ronald, director of Xbox program management, has explained on the social network Twitter that they are aware of the demands of the players in this regard and that these changes are on the list of priorities of the team of development.

The Xbox Series X | S controller has already made progress in making things easier
Xbox Series X and Xbox Series S hit stores last November incorporating new features not only in firmware, with optimized menus and shortcuts, but also in the peripheral itself that accompanies the company’s new consoles: the share button. at the center of command. Thanks to this button, steps were streamlined when capturing, but the community continues to report room for improvement in order to share that content.

“We have listened to the feedback and are working on a number of enhancements to the capture and share experience. We have nothing to share at the moment, but it is a priority for the team, “he explains, in response to a Twitter user, with a message posted early this Tuesday morning.

Currently, from the Xbox Series X | S settings configuration (or any model of the Xbox One family if we use Microsoft’s next-generation controller) it is possible to configure the actions of pressing the button once or leaving it pressed; for example, if we want a short press to be used to capture an image and hold down for video … even the duration of these clips.

Immediately after a capture, it is enough to press and hold the button, but this is where there are more complications, since sometimes they take a long time to upload to the cloud, they give problems with the HDR or it requires too many steps to share it on certain social networks. In the absence of knowing what these improvements are taking place, Microsoft already has the changes in place, which will be revealed at an unknown date in the future.

Xbox Series X and Xbox Series S are available worldwide at a suggested retail price of 499 euros and 299 euros, respectively. Both include one of these new controls; Although they are also sold separately and can be used on Xbox One consoles, mobile devices and PC. You can know the differences between both machines here.

Christmas Lottery 2020: how to create