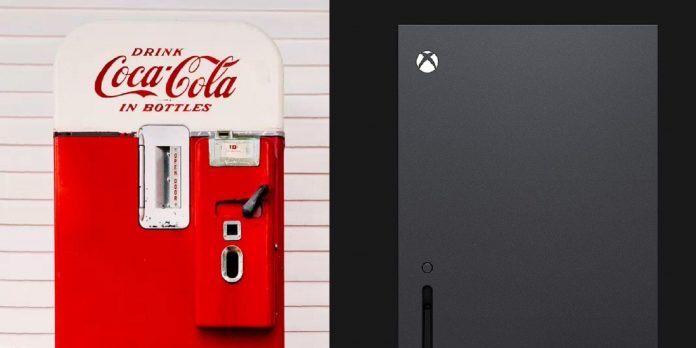 When the Xbox Series X was first introduced in December 2019, its sharp rectangular shape immediately succumbed to funny comparisons with other objects of similar shape. The most common comparison was that the console looked like a refrigerator, which Xbox then benefited from by releasing a limited edition of the Xbox Series X mini-refrigerators, which were sold out almost immediately.

There were other funny jokes about the shape of the Xbox Series X, including its similarity to the black monolith from 2001: A Space Odyssey. However, the console’s simple design also made it the perfect blank slate for creative fans who can customize and decorate themselves.

Many officially developed limited edition Xbox Series X consoles have been released, including one dedicated to the release of “Miss Marvel” on Disney Plus. But these official designs are mostly used to promote specific recently released games. Standard Xbox Series X consoles that have been decorated by fans can be much more specific and can be made to match the decor of that fan’s home. This is exactly what a Reddit user under the nickname Bioshocky did with his Xbox Series X, which they designed to look like a vintage Coca-Cola vending machine.

Some Xbox Series X consoles developed by fans may be attractive thanks to the built-in backlight and other additions, but Bioshocky has clearly gone for something much more subtle. The fun idea for the vending machine does use the shape of the Xbox Series X console, but the vintage Coca-Cola design itself is so well done that when the console is turned off, it looks just like a stylish decoration. The image shared by Bioshocky shows the console and the corresponding controller next to the player and the model of the aircraft. All these retro-style elements complement each other, which would not be in the pure original design of the Xbox Series X.

Between Microsoft’s Xbox Series X and Sony’s PS5, it’s clear that Xbox has chosen a more aesthetically subtle design for this generation of consoles. While the PS5 and Xbox have been the subject of a lot of internet memes based on their looks, the PS5 seems to have been designed to stand out in a room, while the Xbox Series X has most likely merged with it.

Fans customizing their Xbox Series X consoles seem to be trying to incorporate the console’s shape into the design in some way, for example with a Bioshocky vending machine theme, while PS5 owners mostly used one of the console’s large wide panels as a canvas to paint some incredible artwork right on the PS5 console.

GOT7 has its own drama and idols prefer not to remember...