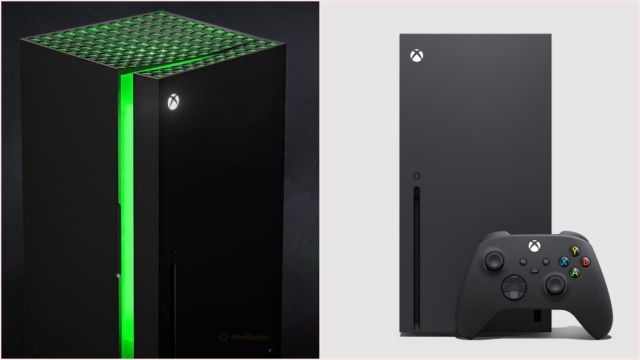 The Xbox division makes the meme come true: Xbox Series X becomes a mini fridge that you can buy for 99 euros in Spain. All the details.Xbox Series X has become a mini fridge thanks to the jokes of the community. The Xbox division will use the console model to launch its own series of mini-size refrigerators. It will arrive in Spain sometime next December at a price of 99 euros. Pre-orders will begin October 19 at GameStop EU, Micromania, and Toynk (via Amazon).

The meme is a reality

“What started as a viral meme became life-size reality when we created the first Xbox Series X fridge,” begins Aaron Greenberg, general manager of marketing at Xbox. “We surprised you with a first look at the design at the end of the Xbox presentation at E3, and now is the time to give fans what they were waiting for just in time for Christmas: we present the Xbox Series X Mini Fridge” .

The fridge features LED lights and holds up to 12 cans, plus two door shelves. At the front we can find a USB port to charge devices and a DC adapter. As we said, Spain is one of the countries selected for the first batch, which will be marketed in December 2021. The list extends to the United Kingdom, France, Germany, Italy, Ireland, the Netherlands, Poland, Canada and the United States. The team reveals “to be working” to bring it to “as many fans as possible”, so they will expand the markets during 2022.

It is not the first time that companies take internet jokes at face value. The most popular example is Yakuza: Like a Dragon. On April 1, 2019, they published a video as April Fool’s innocent in which they turned the saga into a turn-based JRPG. Such was the demand from the fans that in the end the Ryu Ga Gotoku changed direction in the last stage of development. Learn the whole story here.

Inspiration or plagiarism? They find a Call of Duty image reminiscent...

Why Black Widow Never Turned into a Super Soldier in the...