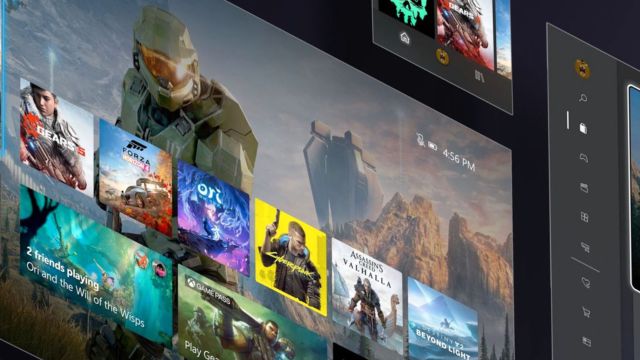 Xbox Series X: Microsoft introduces a new night mode for its Xbox consoles, which allows you to configure different aspects. That Xbox Series X was going to have a native 4K interface was something that was known. Microsoft had tested a few months ago, but the update for all users has just been released. In this way, gamers with 4K televisions will have the opportunity to enjoy an experience more in line with the technology they use. Until now, Redmond’s next-gen machine rescaled from 1080p upwards.

“We are very excited to share that starting today, if you have an Xbox Series X console connected to a 4K display, you will see the home screen rendered natively in 4K. Experience 4K while browsing Home, My Games & Apps, Guide, and many other experiences. UI elements on the screen, such as game art and buttons, will have greater clarity and better readability of the text, “they say on Xbox Wire.

What does night mode include?

It is not the only novelty that is included. Xbox has implemented a new programmable night mode that allows you to customize the brightness, activate the blue filter (they say it is to improve people’s sleep at night) and even turn off or adjust the lights on the controller. These options can be found in Settings> Accessibility> Night Mode or Settings> TV & Display Options> Night Mode.

Another interesting novelty that users have the option to customize is the accessibility options through the Quick Settings menu to the Xbox Guide. “This will allow you to quickly toggle between accessibility features without leaving your game or app. Also, it is a great benefit for families to share a console with other people who have different accessibility needs ”, they add.

Although the Ultra HD dashboard is only available on Xbox Series X, Series S benefits from the benefits of night mode. Both consoles have been available since last November.