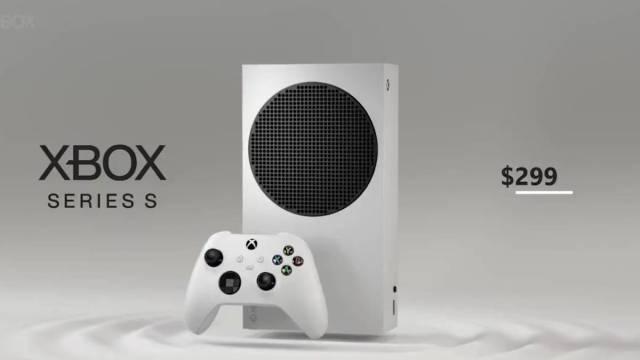 The entry-level range of the new generation of Microsoft consoles arouses enthusiasm and doubts. Remedy Entertainment thinks about it.

Xbox Series S is the lowest priced console of the current generation of consoles. Despite the doubts it has generated, most of them for how long it can withstand the demands of the most demanding video games, there are more or less optimistic voices in the industry. In this case, Remedy Entertainment has offered its vision, highlighting some of the difficulties it poses in terms of optimization.

This small console, Xbox Series S, is a bet on the part of Microsoft to offer for 299 dollars / euros an alternative to Xbox Series X sharing architecture, technology and many resources in exchange for dispensing with the physical format, 4K resolution and a little less memory and power. It is these points that raise questions in some development studios, since it does not seem to be so easy to adapt versions of some video games to an environment such as Xbox Series X or PS5 compared to Xbox Series S.

Thomas Puha, communication director at Remedy, explained in an interview with IGN that the case of Xbox Series S “is no different from previous generations of consoles, where the system with lower specifications ends up dictating some of the things you can do. ; because you are going to have to work in that system ”. Unable to put aside an implanted platform —Xbox Series S and Series X belong to the same generational family—, they have to adapt. But it is not that simple.

“It’s very easy to say that you just reduce the resolution and the quality of the textures and that’s it, but it’s not as simple as that,” says Puha. “It sounds good when you say it, but each engine is built differently. Elements such as the difference in the power capacity of the CPU and GPU, the RAM memory or the possibility of applying elements such as ray-tracing or not, as we have already seen in some video games, are aspects that are translated in “a big, big difference, especially on Xbox Series S”.

In any case, the Remedy member stresses that “it is much more difficult to manage an old game to make sure that it works in everything; But now that we are immersed in the games of the future and we know that these are the consoles on which they have to be run, we take it into account from the first moment and we can make sure that all platforms achieve the best possible experience ”. Therefore, it is more problematic to adapt works of the previous generation, such as Control, than to develop from the beginning for the architecture of the new machines.

Puha does not criticize the existence of Xbox Series S; in fact, he values ​​the existence of an entry-level range in the present generation, but he does add that “the more hardware you have, the more you have to commit when you’re a small studio like us, where we can’t spend so much time making sure that all these platforms they are super good ”.

Two new types of coronavirus have been detected in China