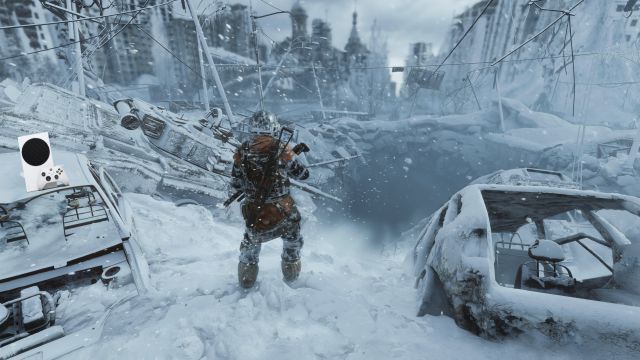 The 4A Games title will receive a free update to improve its graphics and performance on both PC and next-generation consoles.

4A Games announced long ago that Metro Exodus would be updated on PS5, Xbox Series X, and Xbox Series S to offer an optimized version on these systems. The developer has finalized its plans and announced that PC users will also benefit from further improvements. Although it will run at 1080p instead of 4K resolution on the Xbox Series S system, Microsoft’s more affordable next-gen console will get many of the advantages of the other platforms. However, in an interview with Wccftech, Oleksandr Shyshkovtsov, one of the technical managers of the video game, has acknowledged that in future titles it could be “challenging”.

“RAM is not an issue for us (currently), but GPU performance presents challenges for future titles,” says Shyshkovtsov. The developer suggests that he is not satisfied with the solution they have found so far, since their processor has been designed for high resolutions, so reducing some of this would require “more expensive calculations and an even greater reduction in performance.”

Metro Exodus was released in 2018 for Xbox One, PS4, and PC. At the time, the console version suffered from a few performance issues, so the company plans to take advantage of the hardware in the new machines to give gamers more polished graphics and more consistent performance. The goal is for them to work at 4K and 60fps, with some advanced graphic effects like ray tracing.

The PS5, Xbox Series X / S and PC version will be free for all players who own a copy of the original game. In addition to taking advantage of the speed of SSD hard drives, the title will receive some special functionalities on PS5, such as haptic feedback with the DualSense. In Microsoft consoles latency will be improved in the control, while the audio will also be improved. The developer continues to work on “quality of life improvements and additional polishing.”

If you use Slack on Android change your password now