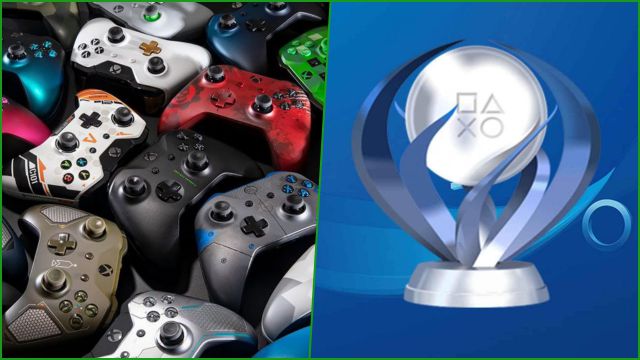 Xbox: Microsoft are aware of what their players want and will consider changes to the Xbox achievement system. “We listen to that feedback.” Jason Ronald, director of project management at Xbox, has commented on the latest episode of the Iron Lords Podcast (via Pure Xbox) the possibility of seeing news in the traditional Xbox achievement tool. Microsoft’s video game brand celebrates its twentieth anniversary in a big way this November; but once aware of its past, the company now looks to the future. Faced with the possibility of an equivalent to the PlayStation Platinum Trophy on Xbox, they acknowledge that they have listened to the feedback from the players.

The formulation was clear: on PlayStation, when you complete all the achievements of a video game, the system recognizes it and awards you a Platinum Trophy. They have nothing to announce at the moment, but will value news in the future.

“Without a doubt, we have heard those comments,” begins Ronald, aware of the demands of the community from him. Currently the closest thing is the 1000 G for the Gamerscore. “The achievements are interesting because everyone plays differently. So we thought about how to reward people for playing the way they want and for the games they want. ”

In this regard, Ronald explains that there are users who only play multiplayer, while others only play the campaign. Others are very complete and still others just complete the basics. The goal of Xbox is that everyone can be rewarded in some way, find a balance. “It is definitely an area where we have heard some comments. There is nothing to announce for now, but it is something that we have in mind for the future ”, he says, without specifying that they will incorporate a final award.

Present and future of achievements, will Xbox have a Platinum Trophy equivalent?

The Xbox achievement system has established itself as a pioneering tool on consoles by incorporating small challenges and incentives in each video game. These challenges, translated into rewards with scores, are added to the user’s profile (Gamerscore).

Sony later added the Trophy system, also established and much loved by its community, but with a difference: instead of giving a specific score for each achievement, the Japanese firm discriminated between three types of Trophies (Bronze, Silver and Gold) plus a final one, Platinum, which certifies that the user has obtained all the achievements of the title in question.