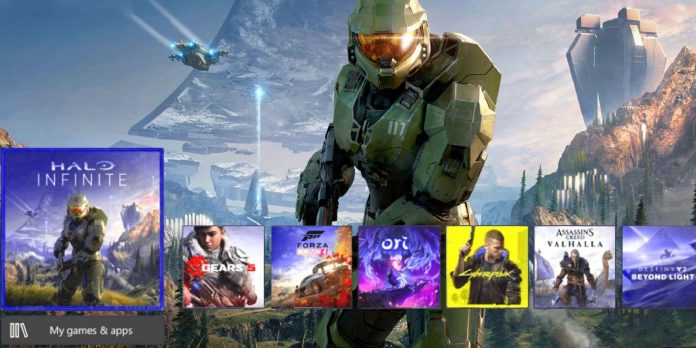 Microsoft Team Xbox is making significant changes to the user experience on Xbox consoles. These changes include a new “Go Back” line for quick access to recently played games, as well as special tiles for “Settings”, “Store”, “Search” and “My Games and Apps”. The goal is to update the layout with a new design that doesn’t alienate people from the Xbox. The experiment will begin this week and will include a randomly selected group of Xbox insiders from the Alpha Skip-Ahead ring.

The update will make changes to the layout, design and ease of access. In addition, new curated and personalized content will be displayed on the main page. They vary from user to user, but can be created depending on which games the user likes to play or how they can make the most of their Game Pass subscription.

The UI changes will first be available to Xbox insiders, who just last week gained access to the main Xbox Game Pass sharing feature. Microsoft recognizes that this is an important event, and in the coming months will include experiments with the user interface. It will be a slow and steady process with iterative changes. The team wants to make sure that the familiar design of the Xbox Home will not be disrupted when making changes to the quality of life. The finished product is expected to be released in 2023.

According to Microsoft, these changes mean that gamers should get a more personalized home screen, providing faster access to their favorite games. It seems important that updates do not change the familiar identity of the Xbox homepage, but provide a smoother and more intuitive interface. Team Xbox will also take into account the main trends and user requests, although it is unlikely that the radical concepts of the Xbox user interface will be taken into account.

At the moment, Microsoft has released a single screenshot with the changes. In the screenshot, six new “Go Back” tiles are prominently displayed at the top of the page. Below them are quick links to the library of games and applications, the Microsoft Store and tiles related to the Game Pass. Finally, the first set of tiles includes a sponsored game. Below them, the next group of features recently added to Game Pass games is barely visible. However, there was other evidence of individual user interface changes. A screenshot of the Xbox user interface game library has appeared recently and is likely part of a larger revision of the Xbox user interface in 2023, as is the announced update to the Xbox Home user interface.

Ring Fit Adventure: Nintendo does not rule out new content