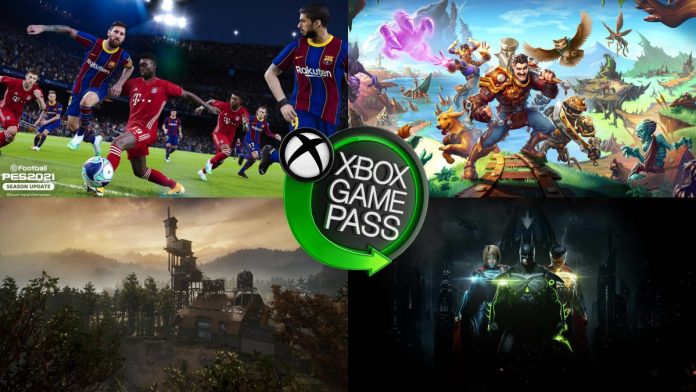 Microsoft unveils its roadmap for the first weeks of 2021, which will also see some games start soon. The year 2020 ended with games and begins with new titles in the main services.

In addition to the free games on the different platforms, Xbox Game Pass has revealed which video games will be released in January 2021. Among the novelties are eFootball PES 2021 Season Update, Injustice 2 and Torchlight 3, but they are not the only ones that We can enjoy on Xbox One, Xbox Series X, Xbox Series S, PC and the cloud. The list expands with new additions and the occasional farewell.

These are the games of the month of January

The speed with which PES 2021 has been incorporated into the service stands out. Konami’s football simulator went on sale in the last half of 2020, although it is an update of templates and players, since Konami is working on a new generation version. The next installment will do without the Fox Engine (the engine of Metal Gear Solid V) to welcome the Unreal Engine. In addition to this soccer game, subscribers will be able to deal punches in Injustice 2, the DC-based fighting game, as well as discover the mysteries of Edith Finch in one of the most successful walking simulators on the market. Below we offer you the complete list.

The new iPad Pro would arrive this year with 5G connection