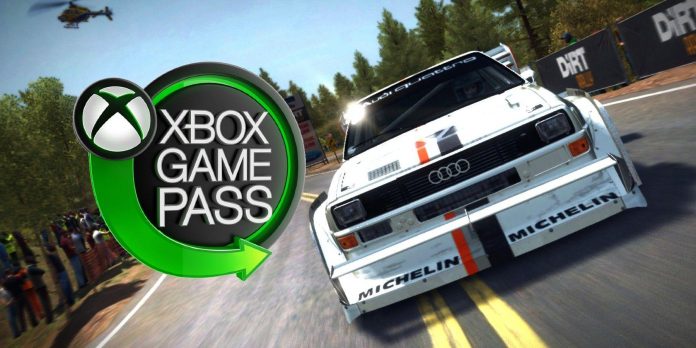 Over the years, subscribers of Microsoft’s Xbox Game Pass Ultimate have been spoilt for a selection of content for racing games. Between games like Forza Horizon 5, Forza Motorsport 7 and several annual F1 games, it’s fair to say that some of the best modern examples of the genre have been available through the service. In particular, one series that stands out and stands out is Codemasters’ favorite Dirt.

Currently, several games from this series are available on Xbox Game Pass Ultimate thanks to Microsoft’s agreement to make EA Play a bonus within the service. However, when October 3 comes, subscribers will lose access to both Dirt 4 and Dirt Rally. Even though the newest installment of the series will remain available in Game Pass Ultimate after this point, there are several reasons why players should still try both older games before they leave.

When it was released back in 2017, it can be argued that Dirt 4 became a breath of fresh air for fans of the racing genre. Experimenting with random spin-offs like Dirt: Showdown, the fourth main game in the rally series, was a return to tradition and form for Codemasters. Therefore, it is not surprising that the Xbox One version of the game received an impressive score of 86 on Metacritic and was proclaimed at that time a new benchmark for contemporaries of other genres.

This critical reception is one of the reasons Xbox Game Pass Ultimate subscribers will want to check out Dirt 4 before it leaves the service on October 3. Although Dirt 5 may have taken on the mantle of its predecessor and is also available in Game Pass for Xbox and PC, the content of the fourth game is noticeably outdated. Thanks to a charming presentation, accessible controls and an extensive list of content, fans of this genre have something to profit from to this day.

In addition to the cars and procedurally generated tracks that are not included in the newest part of the series, Dirt 4 also comes with a fairly accessible list of achievements. Right now, just by running through the game content, players will receive most of the digital rewards. The only achievements that can be difficult to unlock are related to multiplayer modes and alternating daily community events.

One of the main reasons why Xbox Game Pass Ultimate subscribers will want to dive into Dirt 4 and Rally in the near future is that this situation is about to change. This is because on October 3, the servers of both games will be disabled forever. While this means that both will actually lose their multiplayer modes, it also ensures that their respective achievement lists will also become impossible after this point in time.

While the aforementioned Dirt 4 was designed to be an affordable high-octane experience for as many riders as possible, the same cannot be said for the first Dirt Rally. This is because it is clear in most departments that Codemasters have built the game so that it is focused on simulation. Thanks to the publisher’s emphasis on creating a realistic racing game, Dirt Rally, unsurprisingly, has become infamous for its unforgiving nature and challenging complexity.

As a result, getting to know the vehicles on Dirt Rally’s list, as well as its often gravel and ice tracks, is a very rewarding experience. Thanks to the amazing sound design of the game, it is also very addictive. Therefore, fans of the racing genre who have access to the Xbox Game Pass Ultimate will want to get behind the wheel of the game to test their skills and luck. Like Dirt 4, Rally also scored 86 on Metacritic on Xbox One upon its initial release, highlighting its critical appeal.

With several online achievements on their list, subscribers will want to join Dirt Rally as soon as possible. With October 3rd approaching, players only have a limited amount of time to finish their rosters before the game’s multiplayer modes are shut down for good. In general, achievements in the off-road racing game are harder to unlock than in the more user-friendly Dirt 4, which means that Xbox Game Pass Ultimate subscribers will have to race to unlock them all in time.

Where to use Nightwatch contracts in Genshin Impact

ARMY react to BTS’ “Yet to Come” music video teaser