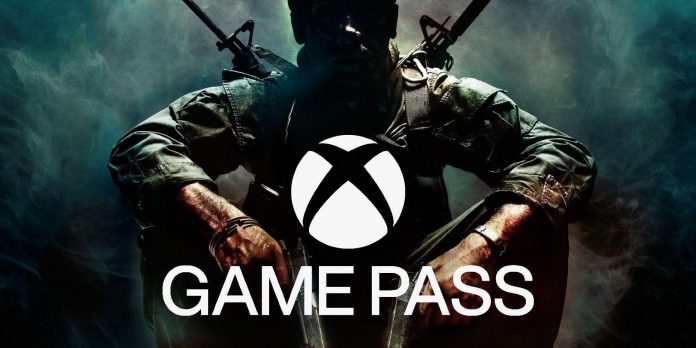 It looks more and more like Microsoft’s monumental purchase of Activision Blizzard will take place. Of course, regulatory approval around the world has yet to be obtained, but Microsoft seems confident that everything will go in its favor and the deal will be completed. That’s why the company confidently talks about its plans for various Activision franchises when it comes to the Xbox Game Pass.

As soon as the acquisition was announced earlier this year, people started speculating about what it would mean for the Xbox subscription service. Given its popularity, it is likely that Activision games will be moved to Game Pass if the acquisition takes place, and in a message on Microsoft’s website, Xbox CEO Phil Spencer stated this. He mentioned how the company intends to make the “popular library of Activision Blizzard games” available on the service to make them available to a wider audience.

However, Spencer was a little more vague when it came to the titles of specific games, simply saying that Call of Duty, Diablo and Overwatch are planned for the Game Pass. This is still good news for fans of these franchises who own Xbox, but it doesn’t have the details that many wanted to know, such as how long it will take to add Call of Duty to the Game Pass or which games will be added. There is also a question about other Activision Blizzard franchises that were not included in the list, such as Warcraft, StarCraft, Crash Bandicoot, etc.

On the other hand, it is likely that these questions cannot be answered in more detail until the acquisition is completed, and, I repeat, whether this happens will depend on whether the regulatory authorities approve the transaction. One potential obstacle is the possibility that the purchase of Activision and its library of core IP addresses could limit them to the Xbox ecosystem, thereby limiting the ability of Sony and other companies to compete with Microsoft, which is necessary for the gaming market to maintain health.

Spencer, for his part, doesn’t seem so concerned and stressed in his message that Microsoft is aware of these potential problems and is working to avoid them. Just as Microsoft continued to support Minecraft as a multiplatform version after acquiring Mojang, he said it would do the same for franchises with an audience outside of Xbox. This includes “striving to make the same version of Call of Duty available on PlayStation on the same day the game is launched elsewhere.”

With the buyout of Activision Blizzard, Spencer said Microsoft wants to “follow a principled path,” and concluded by stating that the company will continue to work with regulators to make sure the acquisition ultimately “benefits the industry and players.” Hopefully, things will get better in this direction, and Xbox Game Pass subscribers will be able to play Activision games without worrying about the broader consequences.

PlayStation On PC: All The Games So Far, What Can Be...

This Is Us: The actor in the series is almost rejected...