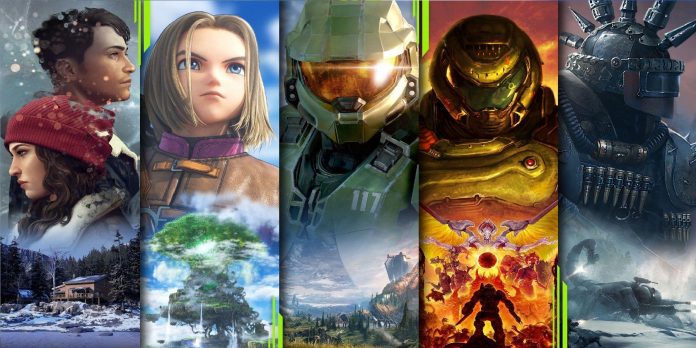 When gamers think about subscription services, Xbox Game Pass can’t help but come to their mind. Microsoft’s monthly paid service is constantly bringing new games to subscribers, even giving them first-day releases for less than half the cost of the game. As the Xbox Game Pass gains popularity, more and more titles are being announced for it, and with the appearance of new games in the next few months, such as High on Life and Warhammer 40K: Darktide, many gamers are finding new reasons to sign up.

Previously, only an individual could sign up for an Xbox Game Pass without being able to share their accounts and benefits. But it looks like Microsoft wants to change that by officially unveiling the Xbox Game Pass Friends and Family plan. Back in March, it was predicted that Xbox could add a new subscription plan to Game Pass, and now, six months later, this prediction has come true.

There are not many obstacles for five friends to get together and buy a new Game Pass subscription level, since the only criterion that needs to be met is that all users must live in the same country. In addition, all five users will have full access to all the benefits of Xbox Game Pass Ultimate, including EA Play, Xbox Live Gold and all games currently available in the Game Pass library for Xbox and PC. As for prices, the Friends and Family plan is more expensive than an individual Ultimate subscription. In Ireland, the price of the Game Pass Ultimate is 12.99 euros, or about $15, while the Friends and Family plan almost doubles the cost to 21.99 euros, which is equivalent to about $25.

However, divided between five potential users, the Game Pass Friends and Family plan turns out to be much cheaper than five separate Game Pass Ultimate subscriptions. With the addition of this new level to the service, it is quite possible that when it reaches other regions and is deployed around the world, Xbox Game Pass Family and Friends will be able to really change the rules of the game.