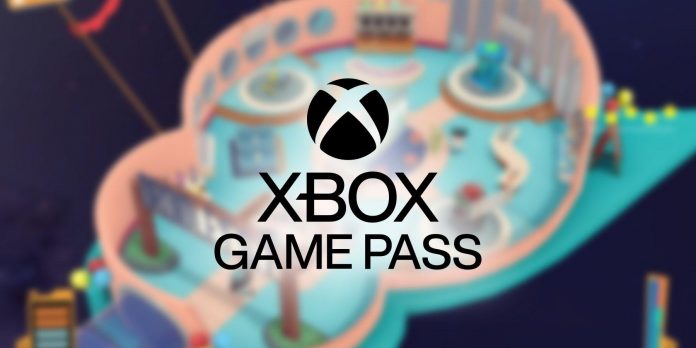 The Microsoft Xbox Game Pass subscription service regularly adds new games to the lineup, representing a variety of genres. In the last month alone, a lot of Xbox Game Pass games have been added to fans, ranging from collections of classic games such as Ninja Gaiden: Master Collection to first-day releases such as the Xbox port of the popular horror role-playing game Omori. Last month, several new solid cooperative games were added for subscribers, supporting both network and local variants of cooperative play.

The first new collaborative game added as part of the new Xbox Game Pass for June 2022 was Spacelines from the Far Out, released on June 7. visual style and gameplay. In it, up to four players must work together to control a transport ship traveling through space. The main goal is to get the ship to its destination safely, but hazards such as asteroids and comets, as well as the threat of a constantly running out of fuel tank, can complicate the task.

Spacelines from the Far Out players must not only keep an eye out for various threats that could stop their journey, but also work to keep their passengers happy throughout the trip. Passengers need food, entertainment and much more, and failure to provide these things will lead to the appearance of unruly saboteurs who are trying their best to damage things on the ship. For example, an upset passenger can get to a gravity machine and break it, causing everything and everyone on the ship to fly into the air. When the gravity machine is repaired, a sudden fall to the ground can lead to injuries, which requires players to have a medical station on hand, and not all ships are equipped with it.

As Xbox Game Pass subscribers move along Spacelines from the Far Out, they will have the opportunity to equip their ship with new equipment to make life more convenient and travel easier. However, if a ship is destroyed or runs out of gas, players will have to start over from the beginning with a brand new ship with no features (unless they forked out money to insure their ship before it was destroyed, i.e.).

When it comes to controlling a ship in Spacelines from the Far Out, there is a sense of chaos that resembles Overcooked games. Add to this the high stakes characteristic of roguelike, and you will quickly get a winning formula using Spacelines from the Far Out. This is one of the best new games added to Xbox Game Pass in June, and it’s a great choice for anyone who needs a new cooperative game.

Teenage Mutant Ninja Turtles: Shredder’s Revenge, like many of its predecessors, offers a cooperative game in which players can play as titled turtles, as well as characters such as April O’Neill, Casey Jones and Master Splinter. TMNT: Shredder’s Revenge supports co-op play for 6 players, so all characters can get a lot of benefits in one playthrough. There are a lot of secrets to be found in the stages, not to mention a lot of classic TMNT bosses to fight.

Teenage Mutant Ninja Turtles: Shredder’s Revenge and Spacelines from the Far Out are great new cooperative games that Xbox Game Pass subscribers can try right now, but there will be even more in the near future. As it turned out, on June 28, another joint game will be added to the Xbox Game Pass, and many more joint games will be added to the service by the end of 2022.

Escape Academy co-op game from June 28, in which players attend the titled Escape Academy school and work to become the “absolute Escape Room master”. Players will have the opportunity to play Escape Academy in local or online split-screen co-op mode when it is released on June 28 as a first-day Xbox Game Pass game, so it should appeal to both those who like local co-op games and those who prefer to play online.