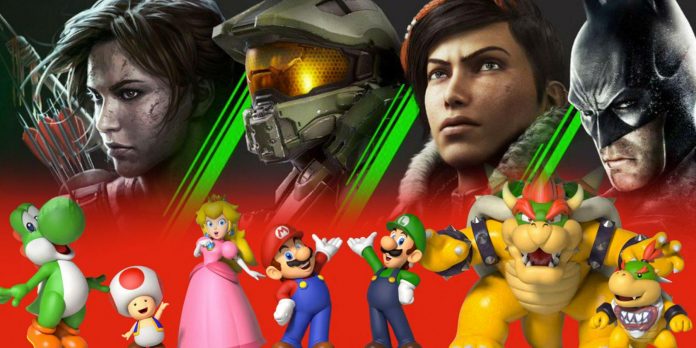 The hugely popular Xbox Game Pass service has been one of the most powerful weapons in Microsoft’s gaming arsenal in recent years, and it’s no secret why. Offering a huge selection of games at a reasonable price, the monthly service attracts a huge audience of paying customers.

Despite the fact that the Xbox Game Pass service is already known for its value, it will become even more accessible in the near future. With the introduction of a family plan subscription that allows multiple people to fall under a single payment package, Xbox Game Pass can further establish itself as one of the most popular subscription services in the industry.

Originally launched back in 2017, the Game Pass service has slowly but surely cultivated a huge number of games and privileges that fans can enjoy. Xbox Game Pass includes more than 300 titles and has a separate set of games for PC players, and also boasts the increasingly popular advantage of Cloud Gaming.

Considering that in 2021 Xbox Game Pass had more than 30 million monthly subscribers, the absolute level of success of the service for Microsoft almost speaks for itself. More recently, thanks to the modern stream of very high-profile studio acquisitions that Microsoft is making, the Game Pass service has been adding popular games to its list as they are released, which are known as “first day” games.

Other benefits of the Xbox Game Pass service include EA Play membership, Xbox Live Gold, and many in-game benefits for a variety of Game Pass games. Despite this high level of pre-existing success, Xbox Game Pass hopes to reach a new level of value by planning to introduce family subscriptions to the service.

The concept of sharing a subscription-based service with a small group of friends or family members is not new, as it is one of the main pillars of successful streaming services such as Netflix. At the same time, family plans are a relative oddity in the context of video game subscription services. It is known that Nintendo has a family plan for the Nintendo Switch Online, which allows up to eight accounts to fall under one payment, but other competitors, such as PlayStation Plus, do not have such an opportunity.

With the expected introduction of family plans, Game Pass will arguably become the most valuable and unique gaming subscription service, with the same level of game selection as PlayStation Plus and the family availability of Nintendo Switch Online at the same time. Rumors about a family plan for the Xbox Game Pass began circulating back in March and have recently reached a new level of relevance in the gaming discourse. It is reported that in the case of Xbox family plans, up to five players will get access to the Game Pass for one payment, which will significantly increase the value compared to five separate subscriptions.

As part of the Xbox Insider program, the family plan subscription for Xbox Game Pass is currently being tested exclusively in Ireland and Colombia, and Microsoft is clearly in the early stages of evaluating how popular this subscription form can be among fans. Since the test regions for the family plan are likely to expand over time, players may have the opportunity to try out the subscription very soon. Given the already long-standing and significant consumer base that the service already has, as well as the increasingly attractive selection of games it boasts, it seems likely that the family plan subscription level for Xbox Game Pass will be extremely successful.

Kourtney Kardashian talks about the frightening story of her children’s Internet...