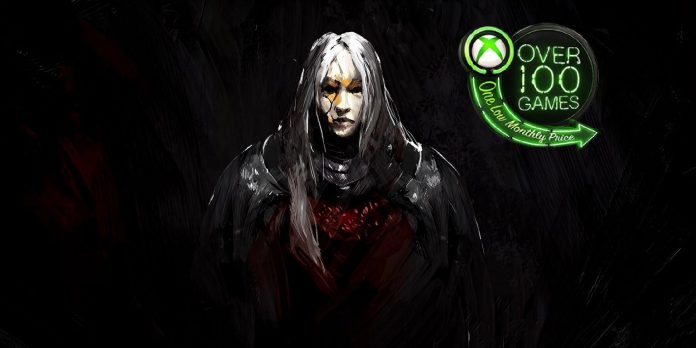 Now another brand new Xbox Game Pass first day game has been confirmed for the lineup in September 2022 in the form of Moonscars. Moonscars is a 2D side—scrolling Souls style game in which players take on the role of a warrior named Grey Irma. Grey Irma is “born out of clay” and her ultimate goal is to find the person who created her, known as the Sculptor. The game looks like Castlevania meets Dark Souls, which on paper sounds like a dream combination, although it is not yet known how it will turn out.

Xbox Game Pass subscribers who need a new game similar to Souls should keep in mind that the game will be available from September 27. and PS5 versions are on the way. Despite this, the Xbox Series X is backwards compatible with Xbox One, so Game Pass subscribers can check it out regardless of which Xbox console they have on hand.

Moonscars is not the first time someone has translated the Dark Souls formula into 2D format, but it seems to be one of the most striking attempts to do so visually. Moonscars uses a dark Gothic art style, hence the comparison with Castlevania. If it survives the landing, it could become one of the best Souls-like games released this year, although it has serious competitors in this arena.

The Soulslike genre attracted increased attention last year, mainly due to the launch of FromSoftware Elden Ring, an open-world game that received almost universal critical acclaim and broke sales records. The success of Elden Ring has led to more gamers trying out some of FromSoftware’s earlier Souls-like games, and has also helped draw attention to new Souls-like games that are in development, such as Moonscars.

Before the release of Moonscars on September 27, Soulslike fans will be able to try Thymesia, and later — Life of P. New games similar to Souls are being announced all the time, and it seems that fans of this genre will never have a shortage of games.

Darker Than Black: Heavy-duty noir from the studio behind My Hero

The New Donkey Kong Game May Have Been Confirmed by the...