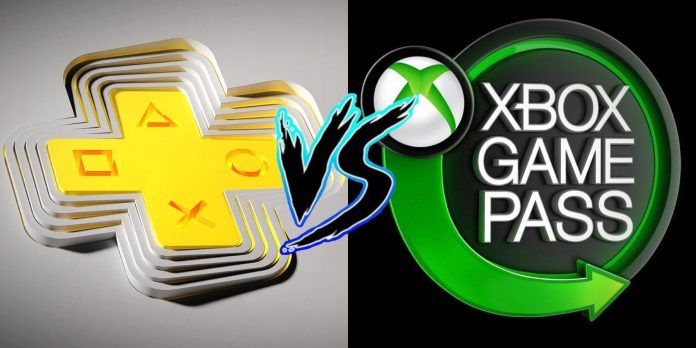 As conversations between Microsoft and Sony about Call of Duty exclusivity seem to be heating up, one game that has been between them for a long time will appear on both PS Plus Extra and Xbox Game Pass: Deathloop. Now, it should be noted that what happens behind the scenes is really nobody’s business except the two competitors, and there are certainly some differences between Microsoft’s acquisition of Bethesda and the expected Activision Blizzard. However, this does not make the time much better.

As many people know, Bethesda made several exclusive deals with Sony before its acquisition by Microsoft. Deathloop and Ghostwire: Tokyo were exclusive to the PlayStation console for one year, and when Microsoft announced the acquisition, it also confirmed that it would honor those agreements with Sony. Thus, despite the fact that Deathloop and Ghostwire: Tokyo belong to Bethesda (and therefore Microsoft), they could only be played on PS5. The anniversary of Deathloop has just passed, so the game is coming to Xbox Game Pass on September 20 (technically, this is also the first day of release). It will also appear on PS Plus Extra.

Its appearance on both services is interesting. The more important context here is that Sony is actively challenging Microsoft’s acquisition of Activision Blizzard because Microsoft will control IP Call of Duty. Call of Duty is a giant force in the industry, so it makes some sense, but Sony recently said that Microsoft CoD’s proposal to leave the series on both platforms is inadequate. Microsoft is said to have offered 3 years, while Microsoft previously claimed several years. Microsoft says that its offer is incredibly rare in the industry, and also states that it would be unprofitable to make Call of Duty exclusive. It also ignores how Call of Duty has been bouncing back and forth between PlayStation and Xbox exclusive content for years, with PS currently the dominant brand, even if that would be more recent straw territory. There’s a lot of back-and-forth, maybe even more behind the doors, and it’s hard to keep track of them.

Some claim that Sony attaches great importance to this acquisition not because it may or may lose Call of Duty, but because Microsoft’s advantage with the Xbox Game Pass will be monumental. Call of Duty can be on both platforms, but fans will expect $60-70 for the CoD title on PS5 and for free via Game Pass on Xbox. This offer alone is enough to sell consoles.

And Deathloop, although not directly related to this, offers interesting information by joining PS Plus Extra and Game Pass on the same day. It’s hard to imagine what was going on behind the scenes, but Deathloop hadn’t joined PS Plus Extra before. And while Deathloop has been confirmed for the Xbox Game Pass with additional content such as new weapons, enemies, and an expanded enemy, it has also been confirmed that this content will appear on PlayStation on the same day that PS Plus subscribers will be able to get the game. and content like Xbox Game Pass.

The PS5 and Xbox Series X competition is not one-sided, like the PS4 and Xbox One

It’s hard to say for sure how this will affect the ongoing debate, but Deathloop may well be an example in this particular kind of release. This doesn’t mean that Call of Duty will end up on both PS Plus and Xbox Game Pass, but it highlights the competition that Sony brings to Microsoft with this catalog model. Once Sony wasn’t going to do this, but it’s clear how much Game Pass has changed the industry.

Sony thinks it will take years to catch up with the Xbox Game Pass, and maybe that’s one point that can be proven here, but the other is Microsoft’s overall attitude and approach. Instead of straining and making Deathloop content exclusive to its platform, which theoretically could be, it allows updates on both consoles from day one. Something very similar happened with Bugsnax, and therefore it doesn’t look like Microsoft is going to keep content — which in some way undoubtedly makes it profit – limited to its platform.

Now some will, but that’s been the name of the game for years. Sony prides itself on its premium exclusives on its premium console, and Microsoft has struggled to keep up with top-notch games throughout the Xbox One generation. It seems that the situation is changing now with an increase in the number of studios running Microsoft and the number of games that are said to be released in 2023 and beyond.

Then exclusivity is not discussed here, at least without ambiguity. Content may not be a problem here, as Deathloop and other Game Pass titles seem to prove. But perhaps at the heart of all this lies the fact that Microsoft is preparing to become a much stronger competitor than it was in the previous generation. Call of Duty is at the center of this debate, but actions like Deathloop on these services could add invaluable context in the months and years to come.

Deathloop is already available on PC and PS5, and for Xbox Series X/S it will be released on September 20, 2022.

Elden Ring: How Big Is The Game On PS5 And Xbox...