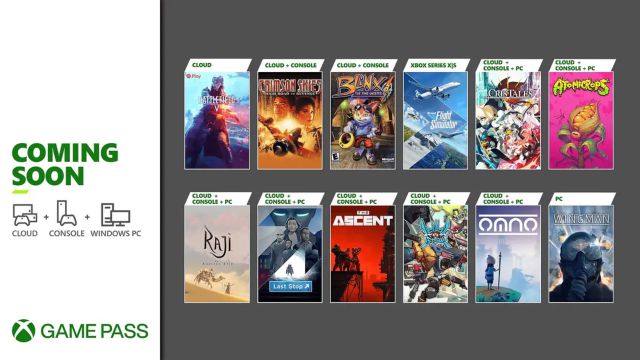 Xbox Game Pass: The month will not end without welcoming a good number of productions, which join the catalog of the service. Xbox Game Pass doesn’t stop for a second. Microsoft’s subscription service has evolved into a living ecosystem that is nourished not only by new Xbox Game Studios productions, but also by third-party works. On this occasion, the list consists of a good assortment that will join the catalog, among which Microsoft Flight Simulator, Last Stop, Battlefield V or The Ascent stand out, among many others.

Video games that will arrive in the second half of July

In addition to these titles, Microsoft continues to work on adapting the games to all the systems on which they are supported. Taking into account that there are more and more playable titles through mobile devices (through streaming), those of Redmond are making efforts to implement touch controls. These are the video games that are added to the already extensive list of compatible products:

Final Fantasy Pixel Remaster Will Be Released on Other Systems if...

Shitta Bay: Why Alexis’ Prequel Will Be Much Worse than You...