After the big update in May (version 2004), recently released for Windows 10, Microsoft is updating its applications embedded in the system. Who just got updated via Microsoft Store was the Xbox Game Bar, an app for gamers that allows you to capture gameplays or broadcast them live. The update does not bring revolutionary features, but it does make the app more functional.

The changes are few and discreet, but they still improve the usability of the application. It is now possible to add third-party widgets, that is, apps that are not developed by Microsoft itself.

In the past, the app had an opaque color and could hinder game viewing. In the new version, it brings transparency options, which allow it to be active, without interfering in viewing gos games. In addition, if the user clicks on the screen, he can interact with the game again without the app’s widgets being in the background. 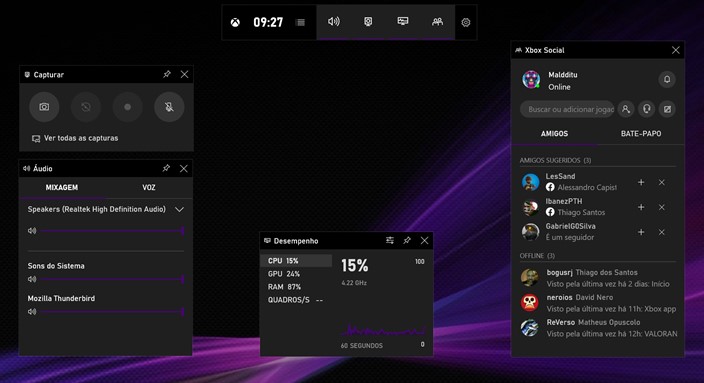 The Xbox Game Bar shortcut keys remain the Windows + G key. The command quickly calls and hides the application, which makes its operation very agile, in case the user wants to test a feature, comparing it with third-party apps.

It would also be interesting if Microsoft reported the impact of the app on system resources (CPU, GPU and RAM), during matches, making a comparison with other popular software used for the same purpose.

The Xbox Game Bar, although useful for some players, is still not part of the routine of most Windows 10 users. In the Brazilian version of the Microsoft Store, there are only 43 votes on the app, and 25 reviews.