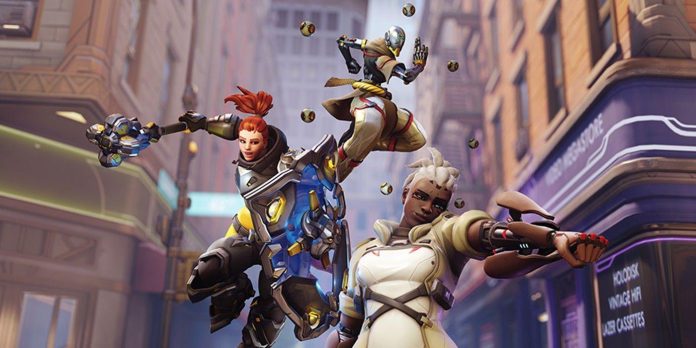 There was some interesting news on the Xbox Game Showcase in Overwatch 2, but there wasn’t the most anticipated new feature. On June 12, it was announced that Overwatch 2 PvP will become publicly available early access in the fall. However, this announcement was made without any news about the previously announced single-player and cooperative PvE modes.

After a rather turbulent development cycle, Overwatch 2 announced the launch of a free game on October 4. This early access will include new heroes, maps and modes, as well as a new 5-by-5 team format, where each team will have one less. tank than matches in the first Overwatch. After the initial beta version of the game, the players split up. While most players agree that the game is incredibly similar to the first part, some players like that the game is more reminiscent of the early days of Overwatch. The game will also allow players to transfer their cosmetics from the first Overwatch, a player—friendly move that should help the game transfer players from that game to Overwatch 2.

However, despite the fact that all these features will appear at launch, recent Overwatch 2 announcements do not mention anything about cooperative game modes. While it seems obvious that PvE Overwatch 2 won’t be coming with the upcoming Early access launch, players also haven’t received any other indication of when new content will be available. Considering how much Overwatch 2 has changed since the departure of director Jeff Kaplan, the PvE mode may have been completely redesigned after Kaplan ended his 19-year tenure at Blizzard.

Overwatch 2 Forgets about Its PvE Fans

Due to the lack of announcements or updates for PvE modes in Overwatch 2, Blizzard leaves a whole group of its fans with much fewer reasons to be excited about Overwatch 2. One of the advantages of the original Overwatch 2 announcement was the use of PvE modes to expand the knowledge of the Overwatch universe, as well as using features such as skill trees to expand the unique abilities of Overwatch heroes. Now that there is no news about PvE gameplay after the director’s change, some Overwatch fans are waiting to see what happened to the expected feature.

However, fans hoping for PvE updates have some glimmer of hope. Along with an animated short film about the new hero of Overwatch 2, Junker Queen, the live broadcast of the game show gives more news about the launch of the game in early access. This event may also finally give fans a chance to really take a look at the game’s PvE mode. Considering how much other elements of the game have changed since the game was announced in 2019, the PvE may be completely different from what players saw during the initial announcement.

Overall, with its gameplay-oriented presentation, Microsoft missed a big opportunity by not showing PvE gameplay. Showing the trailer for the animated short film Junker Queen was cool considering how sparse the Overwatch story has been lately, but the gameplay of any character would have been more exciting. Since most players agree that the game is incredibly similar to the first part, showing footage from PvE would be a great way to show that the release of Overwatch 2 as a separate game is worth it.