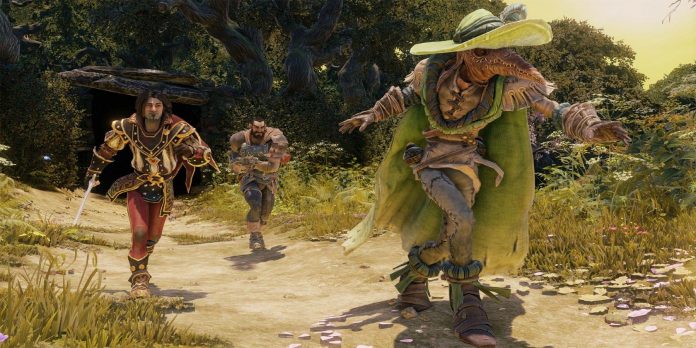 An Xbox player has recently created an epic Elite controller concept based on the popular fantasy franchise Fable. This happened after the Xbox team announced the updated Elite controller, which provides more customization and gameplay options than ever before. Fable is an exclusive franchise for Xbox, so it seems like it’s perfect for a special edition controller. Indeed, the professional concept has already interested fans.

Fable is one of the original Xbox exclusives that has remained popular for eighteen years since its first release. While gamers are looking forward to the release of the next part of the franchise, one fan was working on creating a unique example of a controller that could be sold along with future Fable games.

Reddit user Jymboh recently posted a stunning photo on the Fable subreddit showing a possible Elite controller based on fantasy games. The post seems to have come at the perfect time, as the Xbox team has announced a new Elite controller that fans can pre-order now. This new version of the Series 2 Elite controller seems to be the one this particular design is based on. The device will include many features designed to change the way gamers play on the latest Xbox consoles.

The updated Elite controller will be able to save user profiles, will include durable components and will be cheaper than previous versions. These changes are great for fans who want to play awesome role-playing games like Fable on their consoles or PCs and hope for an extra level of control over their gameplay. Elite controllers complement the line of other great accessories and services available for the Xbox Series S and Series X consoles. Indeed, when players get their hands on the updated Elite controllers, the community will probably start to see new ways to optimize products for different games.

As for the Fable franchise itself, Microsoft has confirmed that another game is in development. It is currently unknown when the game will be released, as well as what the details of the gameplay and plot will consist of. In the meantime, fans will have to sit and wait for new Xbox games. And, as some players put it on Reddit, perhaps the official version of the Fable Elite controller will be available when the time comes for the release of the next part of the franchise.

The next Fable game is currently in development.

Naughty Dog (The Last of Us) Seeks Writer With Experience “Character-Based...

The party system of Final Fantasy 16 is very different from...